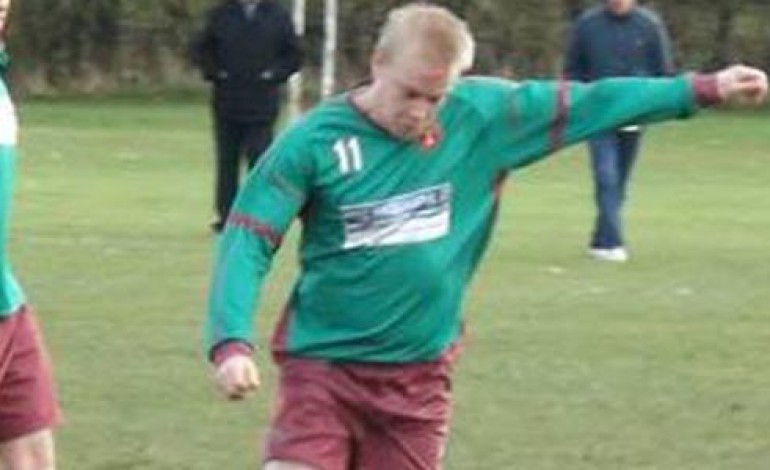 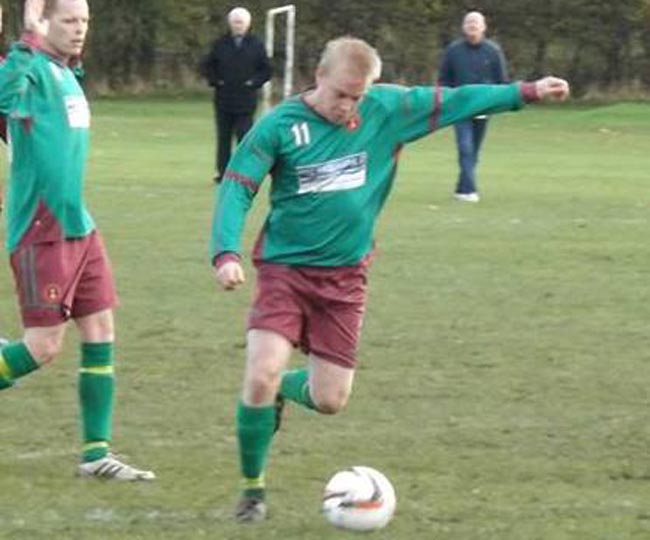 Newton Aycliffe Sports Club travelled to Darlington for their last game before the Christmas break to play a tough Yates side in this PMA Division 2 clash.

Hoping to carry on their run of form which has seen them loose only one league game this season, the Sports Club got off to a great start with leading scorer Chris Jones scoring the opener on 3 minutes, slotting home coolly from a great through ball from Tom Watson.  The game then went through a start/stop period, being interrupted on a number of occasions by a Staffordshire Bull Terrier wanting to make his mark on the game…

Yates FC seemed to cope better with the heavy pitch and made the most of their possession by getting an equaliser on the 20 minute mark.  The Sports Club failed to make much impact for the remainder of the half, often losing the ball in the centre of the pitch but Yates failed to make any chances count and the half faded out and finished all square at the break.

NASC FC started the second half brightly and the second goal came through some good work from Chris Jones closing down the defender, dispossessing him and crossing to find his strike partner Chase McMullen to fire home the second of the game.

Yates fought back quickly and it was mistake by Gareth Boyes trying to play the ball out of his defence when he got caught with the ball under his feet and the home side drilled the ball past Chris Palmer to draw level.  A third quickly followed when the home side were awarded a free kick on the edge of the box and an excellent ball over the wall found the net again to make it 3-2 to Yates.

The Sports Club quickly dusted themselves down and put the Darlington side under pressure forcing a corner which was headed home cleanly by centre half Mark Craggs to get his 4th of the season to make it 3-3.  Chris Jones then got his second of the game and his 26th goal of the season to make it 4-3 with a delightful chip over the keeper before powering it home into an empty net.

The game was by no means finished with Yates determined not to let the Aycliffe side walk away with all of the points and they equalised on the 80 minute mark to make the last ten minutes a tense affair for both sides.  It was going to take something special to win this game and that something special came with just 2 minutes left on the clock.  A corner from the left was swung in and the Yates defence cleared but only as far as substitute Craig Clark who lofted a superbly struck volley over the defence and stranded keeper to make it 5-4 to the Sports Club and to take all three points from the Darlington Side.

NASC FC now sit in third place, five points ahead of the chasing pack with a 3 game cushion on the fourth placed side as they go into the Christmas break, with 8 league games to go for the Aycliffe team.

Next up is a home tie against Witton Park Rose and Crown in the Heart Foundation Cup on January 5th.