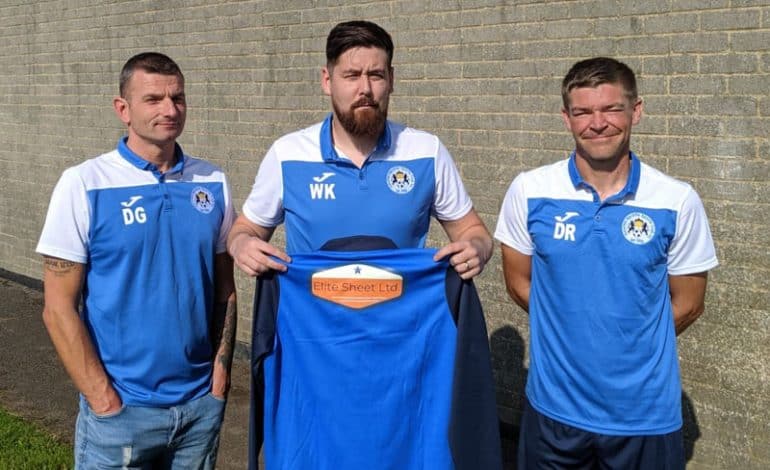 The Sportsy carried their form from the league, which started with a 1-1 draw against North Bitchburn, a 7-1 win over local rivals The Gretna and a 4-1 win over Wearhead United.

Playing on the Northern League pitch looked like it may have been a leveller for the two team.

A tight first half saw David Teder grab a brace, the first a neat finish from a Darren Bosomworth cross and the second screamer from outside of the box.

The away side had some good chances too, smashing the cross bar from long range and also missing a penalty.

Their perseverance paid off just before half time putting the home side under pressure leading to stray back pass from defender Mason Patterson wrong footing his goalkeeper as the ball trickled into an empty net.

In the second half, The Sports Club looked the stronger and fitter of the two sides and last seasons top goal scorer Kieron Jordan made it 3-1 on the hour mark.

Darren Bosomworth then scored the fourth shortly after and a then sublime chip from midfielder David Neale from outside the box made it 5-1.

Kyle Allen wrapped up the scoring for the day to make it 6-1 and gain another home draw in the county cup with Peterlee and District team Easington South Side FC next up at Moore Lane.

The Sports Club’s would like to take this opportunity to thank this year’s Training Tops Sponsor Elite Sheet (pictured with Dan Robinson, owner of Elite Sheet, with Team Captain Will Kelly and Manager Darren Griffiths).

“We would also like to thank The Big Boys charity section who have again funded the club and helped purchase the new polo shirts,” said a club spokesman.

“All kit was purchased from MySportsWear situated in Darlington, who provided a very quick and efficient service.”