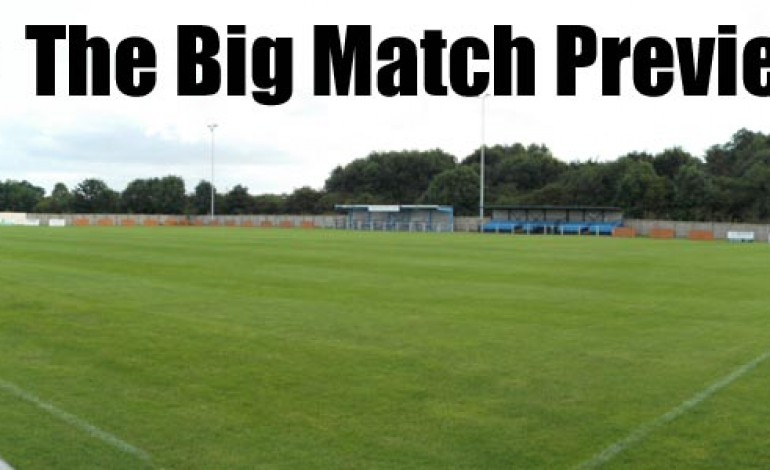 Newton Aycliffe look to get their survival bid back on track with the visit of Bedlington Terriers to Moore Lane Park on Saturday.

A defeat to Durham on Wednesday night – the club’s first home game in over a month – has left the club eight points above Billingham Town, who have a game in hand and have a winnable game at home to Penrith this weekend.

Allan Oliver’s men are without a win in their last four games – going from the top four in the form table to the bottom four.

But they will be buoyed by seeing Bedlington one place below them in those standings. The Terriers have been hit by off-field issues and are without a win in their last five outings.

A draw against Aycliffe at the end of February was followed by defeats to strugglers Sunderland RCA and Newcastle Benfield.

Former Newcastle midfielder Kris Gate left the club in recent weeks to move to Australia, while goalkeeper Jack Norton – who signed from Darlington – failed to show for the Sunderland RCA game, leaving defender Craig Baxter to go in goal.

It is a sad state of affairs for one of the top clubs in the Northern League, who reached the second round of the FA Cup in the 1998/99 competition and, just three years ago, received national media interest over their link with American billionaire Bob Rich, who purchased them a £30,000 scoreboard for their Welfare Park ground.

But Aycliffe have no time for sympathy on the pitch, as the club battle to retain their first division status that the club scrapped to gain. Three promotions in four seasons was a phenomenal rise, but the plan was not to drop back down a level.

Oliver will be back in charge of the team this weekend after he missed Wednesday night’s defeat while skipper Sean Tarling will return to contention after work commitments kept him out against Durham.

Paul Broom is set to make his 150th Aycliffe appearance. He will be the first player to reach the milestone, as he was to reach 100 games. That landmark was reached with a 1-0 defeat to Spennymoor at Brewery Field last season.

The winger will hope the result for his 150th will give more reason to celebrate. Aycliffe’s campaign could depend on it.

The game kicks off at Moore Lane Park at 3pm. Admission is £5 adults and £3 concessions. Under-16s are free if accompanied by a paying adult.