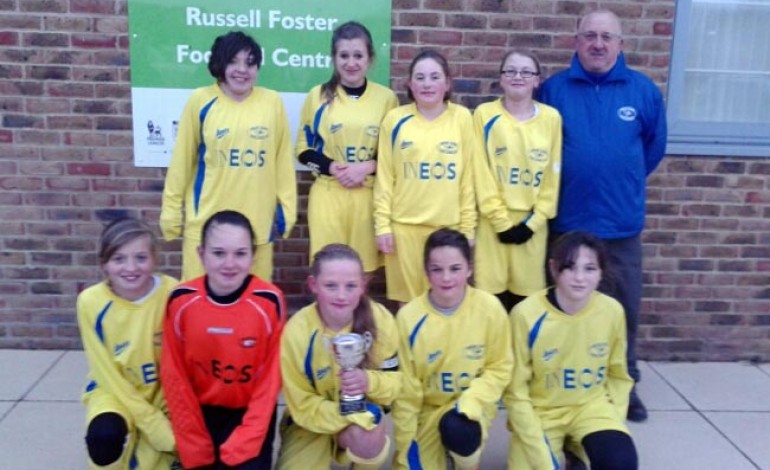 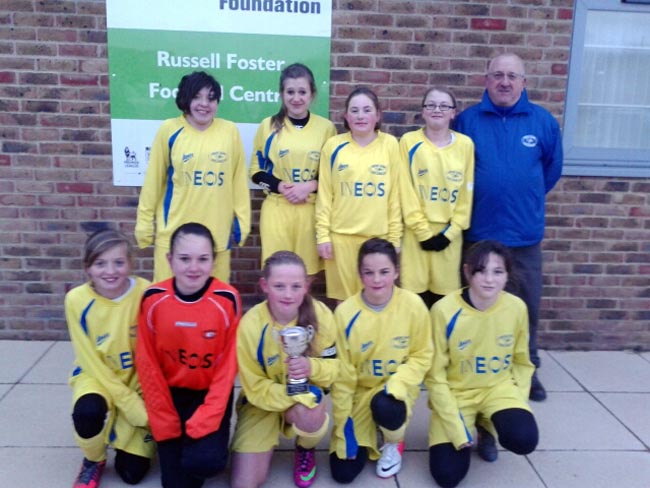 The under 13 girls travelled to Newbottle near Houghton-le-Spring on a bitterly cold night for their much anticipated cup final.

A great crowd from Aycliffe encouraged the girls in a very tight game, but it was Lumley who made the breakthrough and followed up with a second before the interval.

After a good half-time team talk and a few tactical changes, the girls got to grips with the game in the second half.

However a rare Lumley attack caught the girls on the break and they got a third goal.

The Aycliffe crowd needed something to cheer and Cora give them a much deserved goal.

However once again Lumley stepped up their game and got a fourth, but the girls never gave up and with a few minutes to go Aycliffe produced the goal of the game when Leona made a defence-splitting pass to Cora who hit a rasping drive that the keeper couldn’t hold and Lucy was at hand to prod the ball over the line.

Club secretary Berni Borsberry said: “The girls didn’t let anyone down on the night as they showed a great spirit and determination and were credit to the club.”

With only a few games left of this season, Aycliffe are looking to add to their squad in preparation for next season.

If you’re currently in year 8 and would like to join this group of girls ring Berni 07939 045242 or check out our web site www.naycafc.co.uk