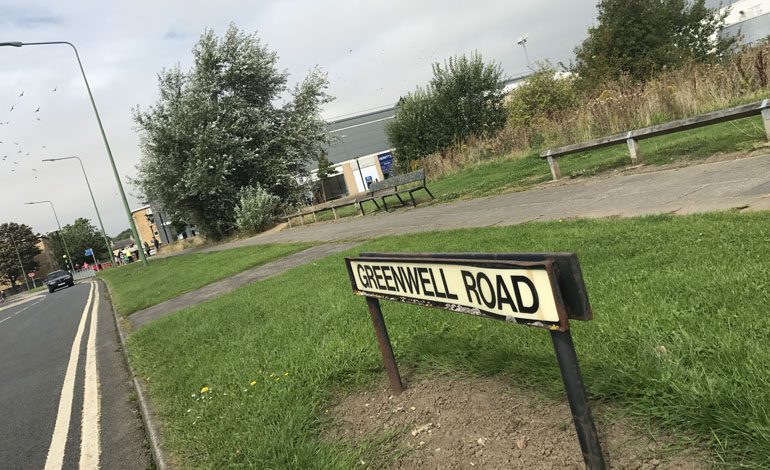 National chain Costa Coffee forms part of an application for a new development on the former Cubby site in Newton Aycliffe.

Two years after Durham County Council (DCC) initially revealed plans for a drive-thru restaurant, a planning application has now been submitted to the authority for the vacant Greenwell Road site, from Sheet Anchor Investments.

The development proposes 490sqm of commercial floor space, including four units for retail, food or offices. 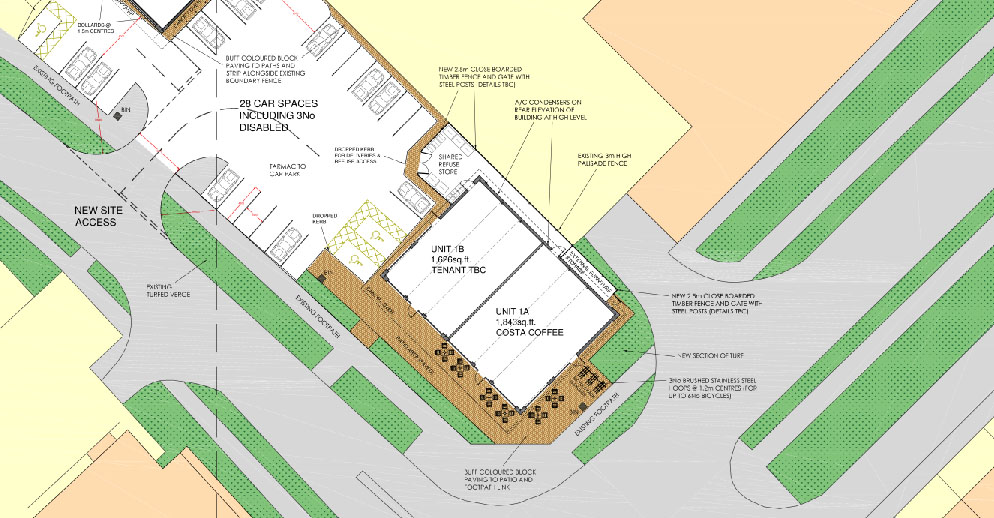 Two of the units will extend the existing row beyond Dominos towards Aldi.

Two further units – one of which showing Costa Coffee branding in the drawings (below) – will occupy the eastern end of the site, while parking for 28 vehicles has also been included.

DCC announced plans in October 2014 to sell the Greenwell Road site the Cubby community cafe had occupied for 37 years.

The Cubby closed in September 2015, and after attempts to secure a new site for a portable cabin proved fruitless it relocated to Neville Parade Community Centre.

In October 2015, DCC said it had accepted an offer to develop the site as a drive-thru from the owners of the adjoining retail parade (Sheet Anchor), but back then an operator had “yet to be identified”.