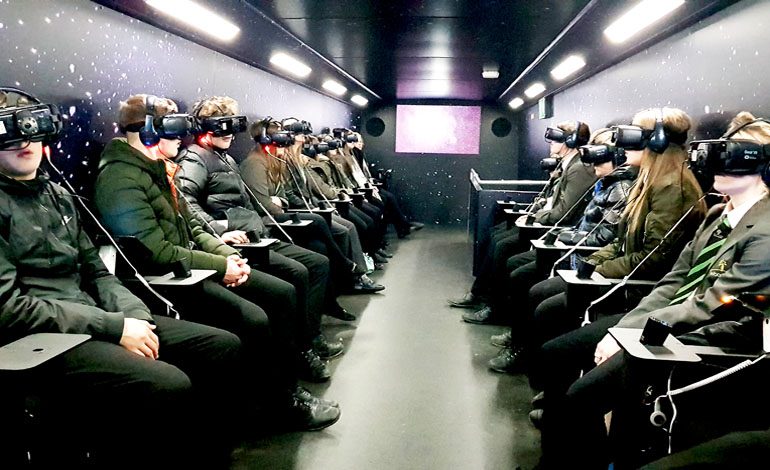 Woodham Academy students took a trip to space and back – without leaving their school.

In June 2016, the UK astronaut returned to Earth in the capsule following six months on board the International Space Station (ISS).

The students’ out-of-this-world trip took place on board a special Science Museum double-decker bus, converted to replicate the interior of a space craft, during its visit to the school.

The students also learned how to programme a space mission and took part in a Q&A with Science Museum staff, before descending to Earth in the virtual-reality experience narrated by Tim Peake himself.

The visit is the latest in a series of recent space-themed events organised by Woodham Academy’s science department. 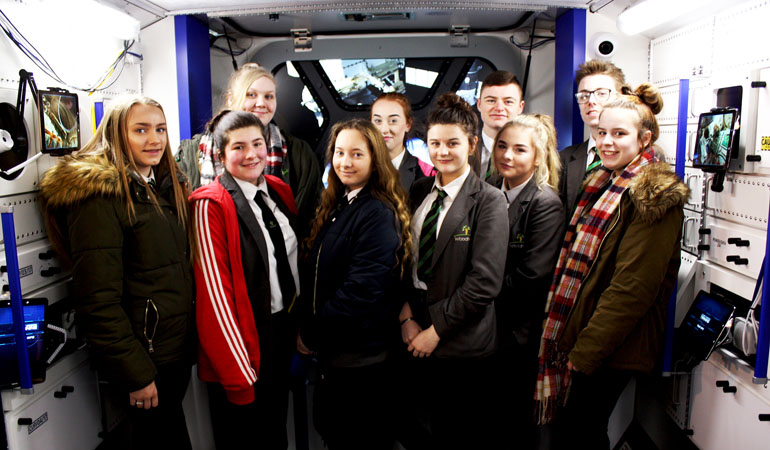 Students visited the Soyuz capsule during its recent stay at Locomotion: the National Railway Museum in Shildon, and the Science Museum’s outreach programme came to school to demonstrate a series of eye-catching experiments exploring the themes of forces and rockets.

Suzie Imber, the winner of the BBC’s TV Show ‘Astronauts: Do you have what it takes?’ also visited Woodham Academy to talk about her experiences on the show, her work as an astrophysicist and how and why she became a scientist.

Andrew Jenkins, head of Science at Woodham Academy, said: “At Woodham Academy, we are committed to giving our students as many experiences as we can to develop their interest in science, and ensure they are aware of the many exciting careers opportunities in the field.

“We are determined to raise aspirations and inspire the next generation of scientists.”