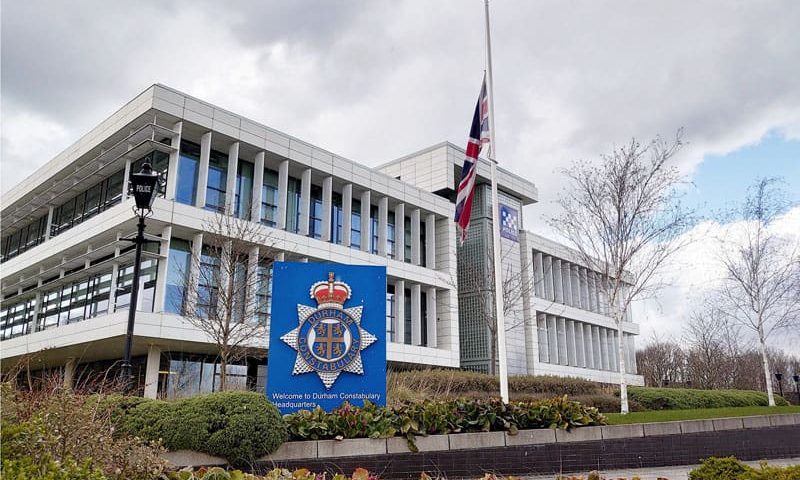 Flags outside police stations across County Durham and Darlington are being flown at half-mast as Durham Constabulary pays its respects to His Royal Highness, The Duke of Edinburgh.

The Union flag was lowered outside police headquarters in Aykley Heads and other Durham Constabulary buildings today following the announcement of the Duke’s death at the age of 99 by Buckingham Palace.

In a statement released this afternoon, Durham’s Chief Constable Jo Farrell said: “Everyone at Durham Constabulary was deeply saddened to learn of the death of His Royal Highness, The Duke of Edinburgh.

“His was a long life built on values of dedication, duty, service and commitment – a shining example which inspires police officers and staff across the country, but especially here in Durham.

“But let us not forget he was also a husband, a father, a grandfather and a great grandfather.

“Our thoughts are with Her Majesty The Queen and we offer our deepest condolences to all of the Royal Family and all those who mourn his loss.”