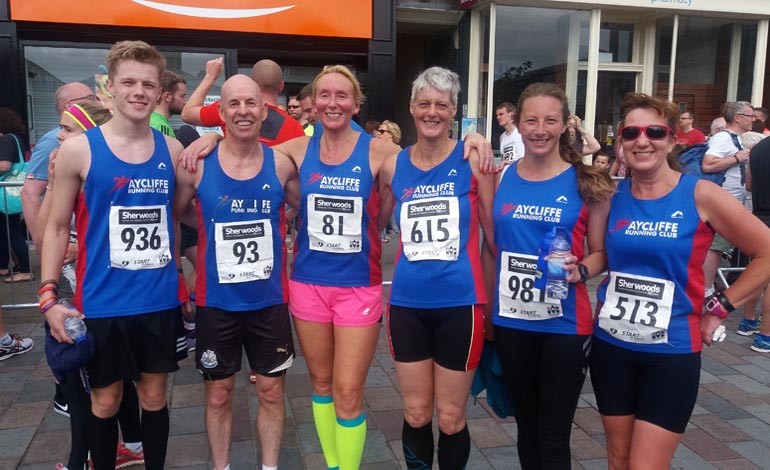 A round-up of news from Aycliffe Running Club…

Judith Porter completed the Durham Clamber in July. She completed the course in 1:47:00 and claimed the first prize for her category of female over sixty.

Two club runners participated in the Worstead 5-mile race in Norfolk. Peter Milburn came home in a time of 31.39. He came 26th out of 357 runners and placed 1st in his category of male over 55. He was followed in by Sue Milburn, who on very little running completed the course in 41.08.

On Sunday 31st July club runners participated in the Hamsterley Forest 10k. It was a very challenging course along trails, gravel footpaths and roads through the forest with three tough climbs, a couple of steep descents and stepping stones across the stream. Trish Kay was first back for Aycliffe in 53:15 and 5th female finisher overall, next was Mick Brunskill in 53:55 and then Susan Clark 1:08 and 1st in her category of female over 60.