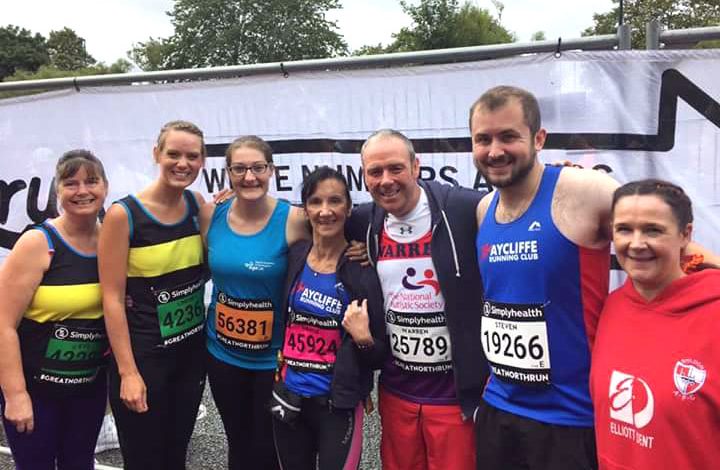 It was a fine but cool evening and with the dark nights drawing in the light was poor in the wooded areas.

First home for the club was Dez Fielden, 7th overall in the time of 18:15, he was followed by John Burnside, 38th in 21:22 and Cyd Denise, 48th in 22:34 and 1st in her category of female over 55. Jane Burnside competing in her first Tees Trail race coped well and was 1st Female over 60 and 87th overall in 30:01. Finally Ray Todd finished 93rd in the time of 33:40. John Burnside and Ray Todd won their age categories for the series.

Two Aycliffe runners competed in the Great North 5K. Lisa Dowel was first home completing it in 28.18. She was followed by Jane Burnside in 30:01.