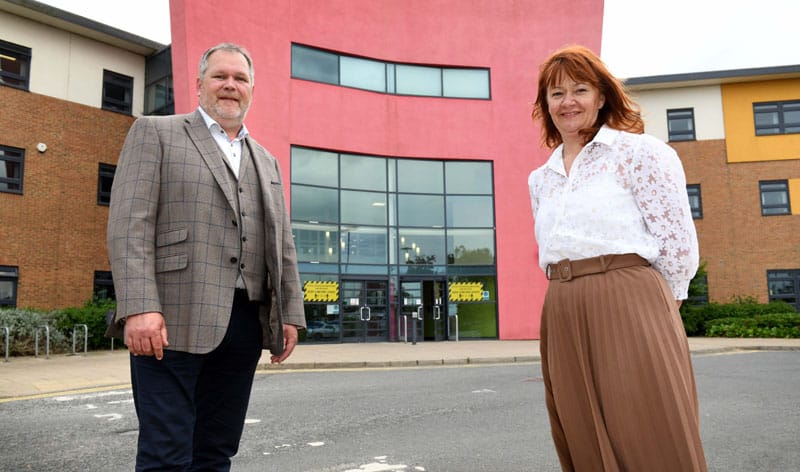 Patrick Lonergan has been appointed as the new chair of Bishop Auckland College Corporation, which includes Aycliffe-based South West Durham Training, replacing Pamela Petty who has served on the board for eight years.

The former engineer turned head-hunter started his career at Lazer Zentrum Hannover in the mid-90s, where he developed laser machining centres for the fabrication of 3D optics to the automotive and medical sectors.

Returning to the UK after two years in Germany, Patrick worked for Philips Components as the UK development representative within the European development team, supporting product introduction and process improvement across global sister sites in Mexico, Germany, France and Slovakia.

In 2004 he moved into recruitment, firstly with Nigel Wright, Ieading consultants supporting the automotive and aerospace sectors nationwide, then at NRG where he managed their Newcastle and Middlesbrough offices, servicing the engineering and scientific sectors within the region.

As regional operations manager at SRG, Patrick managed their Newcastle and Leeds divisions specifically dedicated to the science sectors.

Five years ago he set up his own recruitment consultancy based on Aycliffe Business Park, supporting everything from start-ups and high growth companies to £100m turnover businesses within the UK engineering/manufacturing, scientific, renewable energy, automotive, rail and emerging technologies sectors.

Explaining what attracted him to the college non-executive role, Patrick said: “It was the opportunity to make a difference and add value.

“Being able to give my experience in supporting the board and the senior team at Bishop Auckland College in developing further education to make a positive difference and support the local community and beyond was too much of an attraction – something I could not refuse.

“I am passionate not only about the region, but also supporting the education sector – from apprenticeships to higher level qualifications. I firmly believe that qualifications give individuals options.”

Pamela had to leave the college board having served the maximum two terms, working closely with principal and chief executive Natalie Davison-Terranova and her senior leadership and management team throughout her tenure.

A former accounting student at the college herself, Pamela said she has thoroughly enjoyed her time on the board and takes great pride in many achievements during her time as chair.

These include the development of the college group to include engineering partner South West Durham Training; the launch of Durham Gateway, the college’s specialist alternative provision for 14-16 year olds; and also building tremendous links with business and the wider community.

She added: “The biggest satisfaction for me has been seeing students move on to work in local industry in their chosen career or even go abroad to places like the US to do exciting things.

“To know that we make a difference to every person who comes to the college and to our community is the reason I gave up my time to serve on the board.”