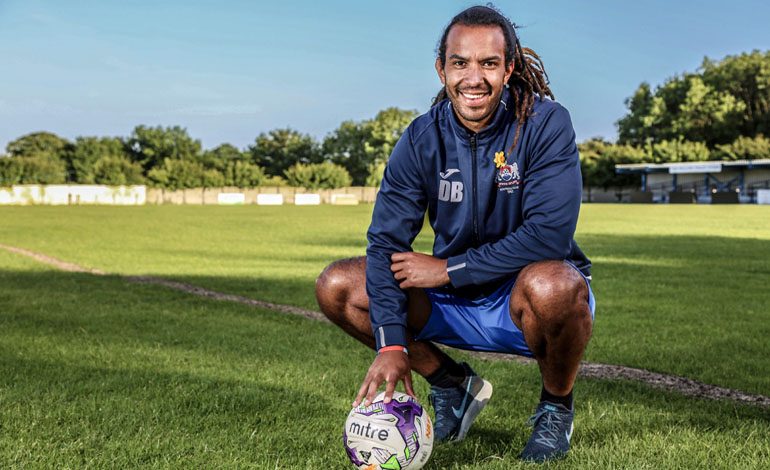 Newton Aycliffe FC confirmed on Sunday it had parted company with manager Deano Browne after a disappointing league defeat at the weekend.

Aycliffe slipped down a place to 13th in the Northern League first division table after a 3-1 reverse at third-bottom Seaham Red Star on Saturday.

The third consecutive defeat – in a run of six winless games – was enough to force chairman Allan Oliver to act.

Dan Mellanby has been drafted in to handle training this week, ahead of Aycliffe’s game at home to Dunston on Saturday, while the club looks for a permanent replacement.

“The club would like to place on record its thanks to Deano for his hard work and commitment over the last two years.

“The club will begin the process to appoint a replacement. In the meantime Danny Mellanby will take charge of training this week ahead of the visit of Dunston UTS to Moore Lane next Saturday.”

Browne was appointed sole manager at Aycliffe last summer after a promising spell as joint-manager with Mellanby.

A highly-respected coach, Aycliffe had hoped he would inspire an improvement on previous disappointing campaigns.

But under Browne Aycliffe were inconsistent, and his side’s early departure from both the FA Vase and FA Cup will have frustrated chairman Oliver, who yearns for a big cup run.

Aycliffe’s poor recent firm took a turn for the worse on Saturday when they went behind after just seven minutes.

A low cross was put in from the right to Weir, and he beat his marker before putting the ball past keeper Adam Pickford.

Aycliffe lost captain Danny Mitten to injury after 24 minutes, and he was replaced by Daniel Wright.

Aycliffe came into the game and had a couple of half chances, before equalising on 28 minutes.

Jermaine Metz played a defence splitting ball through to Wright, who slotted it past home keeper Bannon. A dull first half finished all square.

The second half followed a similar pattern, with neither side excelling. Aycliffe’s best moves were being prompted man-of-the match Ethan Wood.

They had good attempts on goal through Stuart Thompson and Jermaine Metz.

But the game swung in Seaham’s favour on 67 minutes. A back-pass was played to Pickford, who slipped trying to make his clearance, leaving Wilson with a tap-in.

Seaham got a third five minutes later, when a good low cross was pulled back from the by-line for Johnston to score.

Aycliffe pushed on to try and get themselves back in the game, but couldn’t make a breakthrough.

With 10 games to go, Aycliffe are still eight points above 16th-placed Seaham, so should be safe from the threat of relegation.

But Oliver will be hoping to secure the club’s top-flight status soon, for what would be its seventh consecutive season in the first division, before starting early to prepare for 2019-20.