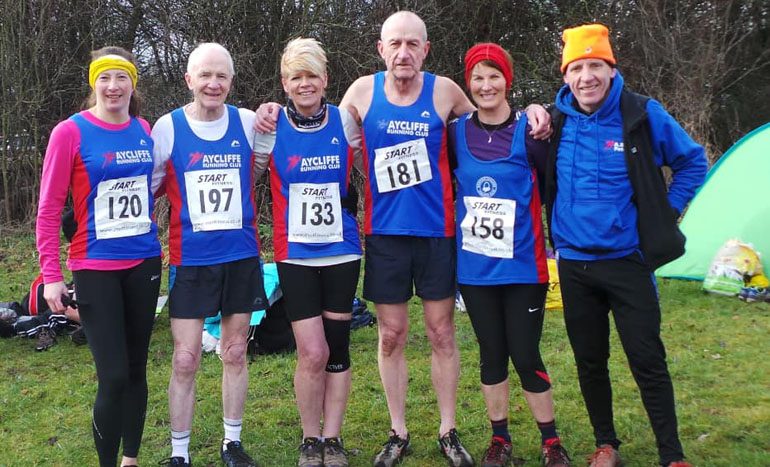 Two club runners took home medals, with Alan Wilks taking the gold in his category and Michelle Zamir taking the bronze in hers.

Michelle Zamir was next, in 18th position with a time of 27:53. She was followed by Susan Milburn, badly bruised and in some pain after a falling from her bike caused by potholes, in 42nd position in a time of 32:05. Jane Burnside, in her 60s is participating in her first ever season of cross country, ran a brilliant race to finish 57th in a time of 39:42. Finally, Ray Todd was 4th over 80 in 45:42.

The second race was for males 35-64 and was approximately 5.25 miles. Peter Milburn was the only Aycliffe Running Club runner in this race and finished a brilliant 29th out of 75 runners in 37:41.