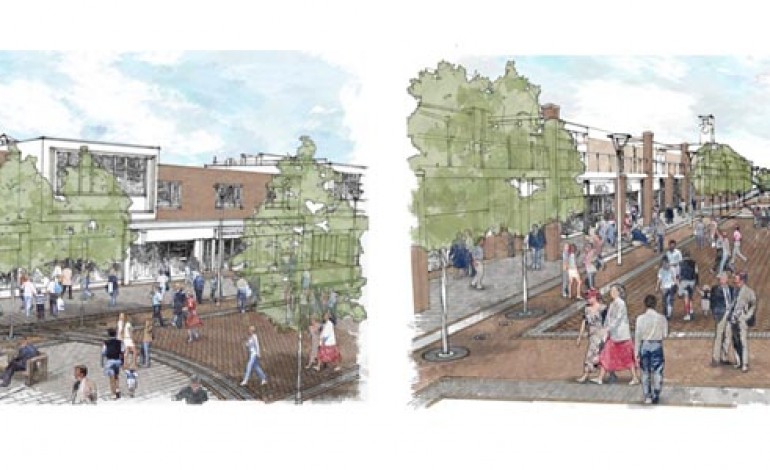 An exciting £2m makeover of Newton Aycliffe’s town centre has finally been revealed.

And work on the third phase of a £10m ‘Master Plan’ for our shopping centre is expected to start within two weeks!

We can exclusively reveal plans that have been revealed by the town centre management which show how the ramp will come down, and the whole look will change.

We’re told work will start on Monday 4th February and is due to be completed by early November.

We’ll bring you Video Interviews from Freshwater and the architect behind the plans on Thursday.

Before and after images, using artist’s impressions, are below.

Meanwhile, the plans were on show for residents of the town centre today as part of an Open Day.

The first phase of the town centre ‘Master Plan’ redevelopment was Tesco and the relocation of the library.

The second phase included the demolition of the old library and surrounding buildings and the construction of the new Aldi store.

The third phase is the forthcoming makeover of the town centre itself.

A fourth phase, which involves the demolition of the shops along Beveridge Arcade and opening up the other end of the town centre, can’t begin until 2014 but will total around £10m spent on the whole redevelopment. 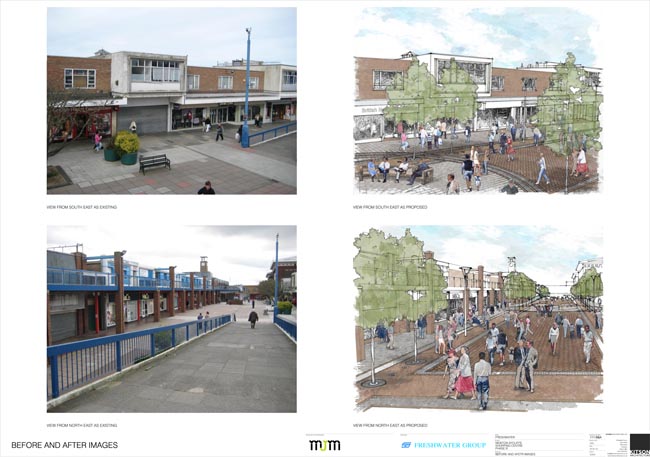