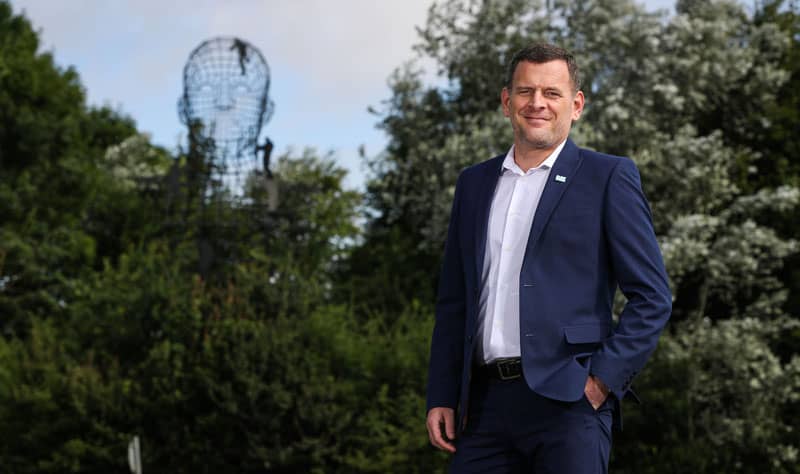 This edition of Aycliffe Business – which was originally known as Aycliffe Today Business – marks our ninth anniversary, after launching the publication in December, 2012.

A fresh-faced Pamela Petty adorned the façade of the magazine when, as boss of her dad’s firm Ebac, was about to embark on the production of washing machines.

‘Spin City’ was the headline as Pamela outlined the firm’s ambitious plans, which later became a reality, of course.

I suspect few thought this magazine would still be around nine years later. But here we are – as strong as ever!

Born and raised in Aycliffe, I’m passionate about Aycliffe and I look forward to seeing every issue land on our doormats, as much now as I did then.

And I’m delighted that, with this celebratory edition, we have so much more to shout about.

Readers will remember from the last issue that Aycliffe Business Park Community has relaunched its Make Your Mark awards – which will hopefully become an annual celebration of our success stories.

Husqvarna, one of the business park’s biggest employers, have agreed to be headline sponsors for the 2022 return, which is fantastic news. You can read more about that on pages 16-17.

This issue also covers not one, but two ABPC news and networking events, both of which were well attended. We had a photographer on site for both events – see if you can spot anyone you know! They’re on pages 10-11 and 30-31.

With networking events returning – and with the relaunch of Make Your Mark – it genuinely feels like a new momentum is gathering for Aycliffe Business Park Community and its events.

It’d be great to see more of your at our next networking event on Friday, January 21. Go to aycliffebusinesspark.co.uk for more details.

There’s lots of other news in this issue, including updates from Stiller, Roman, Ebac, Crafter’s Companion, C&A Embroidery, Excelpoint and the newly-named Digital Edge, previously known as Pixel Media.

I hope you enjoy this issue, and I’d like to take this opportunity to wish everyone an enjoyable Christmas, and an even more prosperous 2022.

You can read the latest issue online by clicking here.