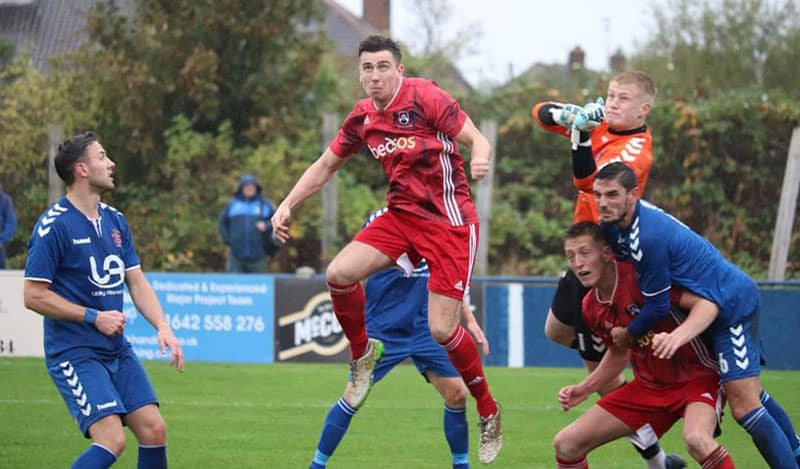 Storm Arwen put paid to all but one of the Ebac Northern League fixtures last Saturday, including Newton Aycliffe’s trip to Newcastle Benfield.

That game has now been re-arranged for Wednesday, January 5.

The Newtonians have been reinstated into the Durham Challenge Cup.

They were beaten by Darlington on penalties after a 2-2 draw in October. But it was subsequently discovered that one of the visiting players was ineligible.

Aycliffe will, therefore, now meet Esh Winning at home in the next round. That game is expected to take place on Tuesday, December 14.

Sonni Coleman has departed for Bishop Auckland while defender Liam McNamara (pictured in action above) has returned following a spell in Australia.