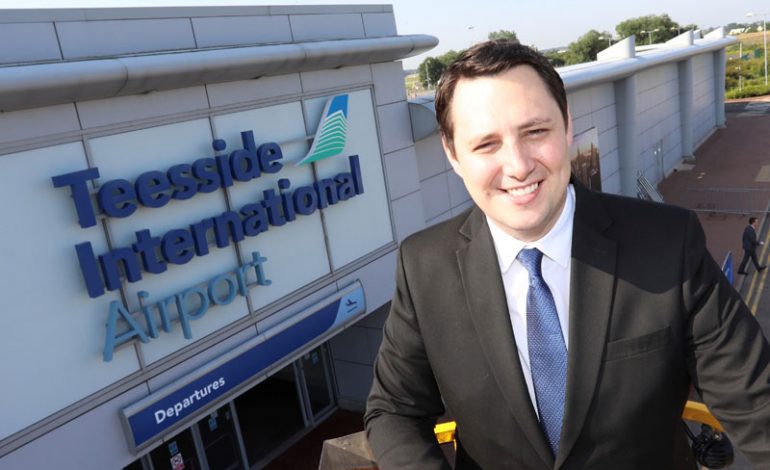 The name was originally changed from Teesside International Airport to Durham Tees Valley Airport in 2004, to the disappointment of many local people.

The public voted overwhelmingly (93%) in support of changing the name back in December 2018, choosing its first, and most enduring, name.

The new logo uses the original colours of the airport from before the 2004 rebrand of blue and green, incorporating into the design one of Teesside’s most famous natural landmarks, Roseberry Topping.

To ensure value for money, the rebranding and design was done in-house working closely with the airport’s operator, Stobart Aviation.

The new signage was produced by Shutter Media based at the airport, in line with the Mayor’s commitment to work with local companies and suppliers wherever possible.

Since its return to public ownership, the airport has gone from strength to strength. In March 2019, Stobart Aviation was named as the airport’s new operators, using its extensive aviation experience to support the Tees Valley Mayor’s 10 Year Rescue Plan for the airport.

The plan is progressing, with Balkan Holidays beginning a full programme of summer holiday charter flights in May 2019. Due to their popularity, Balkan Holidays has confirmed that it will now run a second summer of holidays in 2020. In July 2019, JetsGo Holidays announced that from Summer 2020 flights will take off to Majorca, Spain.

Tees mayor Ben Houchen said: “We bought back our airport just over four months ago, as I promised we would, and now I’m delighted to re-launch it today under its rightful name of Teesside International. 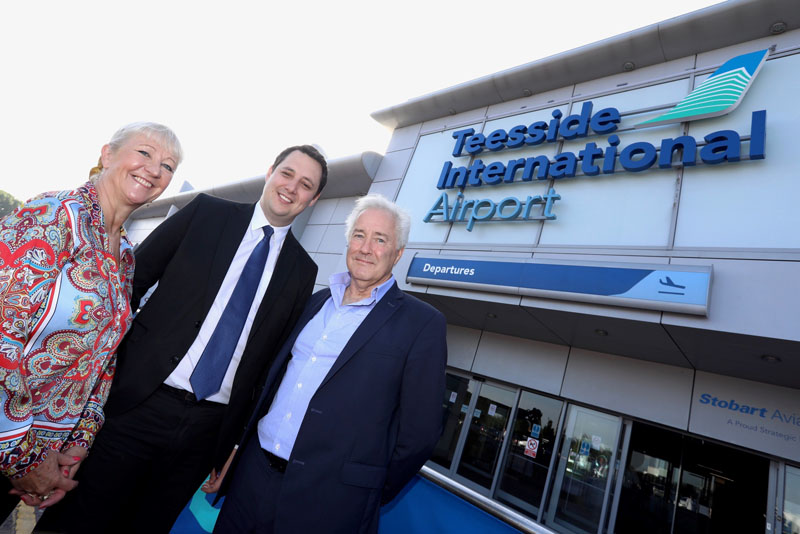 “The people of Teesside voted overwhelmingly to change our airport’s name back and I’ve delivered it for them.

“Despite my job title, I know that people prefer Teesside to Tees Valley. When I speak to international investors they don’t know where Durham Tees Valley is either. For me, our airport name should reflect a brand people know and understand.

“This is a cheap and cheerful rebrand designed in-house and hasn’t been dreamt up by an expensive London PR agency. We’ve gone back to the airport’s old colours and incorporated Roseberry Topping – our region’s most famous natural landmark.

“Last week we announced the first flights to Spain from this airport for seven years. We’re making good progress on our 10 Year Rescue Plan to restore Teesside International to its former glory.”

Kate Willard, director of partnership development at Stobart Group, added: “This is an exciting day for the Tees Valley region, especially for Ben and his team, who have made such a major commitment to building a successful airport.

“Returning the airport to its original name is an important and symbolic milestone in that journey. From our experience of successfully operating London Southend Airport and Carlisle Lake District Airport, we know how vital local support is in the success of an airport.

“Becoming Teesside International Airport once again will ensure not only a strong connection with the area, but also help raise awareness of the exciting opportunity the airport offers within the wider travel industry. This can help us attract more airlines and partners to work with us, ultimately improving the service we can offer to passengers.”