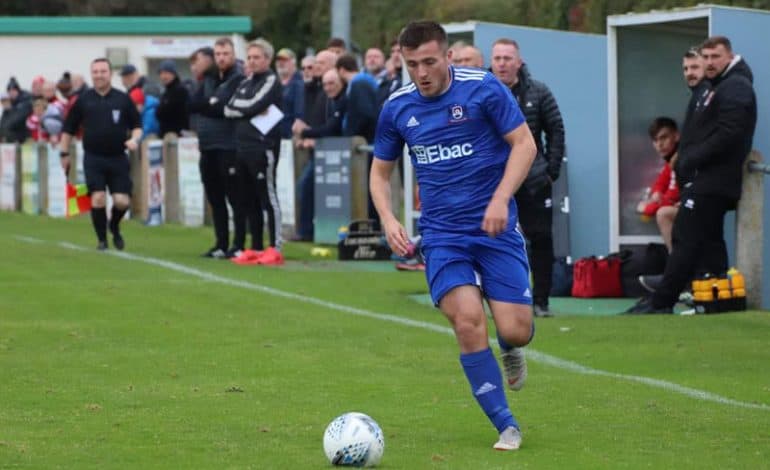 Newton Aycliffe’s unbeaten run came to an end on Saturday against Sunderland RCA as attention now turns to cup action with two games this week.

Saturday saw a bad day at the office where a win, given results elsewhere, would have put Aycliffe level at the top of the league with a game in hand.

But it wasn’t to be as they started slowly against an RCA side who won last time out on the road and they found themselves under the cosh from the get-go.

Colin Stromsoy’s side fell behind after 12 minutes when Colquhoun broke clear and slotted past Adam Pickford.

Conceding the early goal gave Aycliffe a little momentum but it was more going from first gear to second rather than hitting fifth.

They did have the ball in the RCA net but the assistant had his flag up to deny what would have been a good team goal as Ben Dibb-Fuller was adjudged to have been offside as he turned home a Marc Costello centre.

The home side came out after the break with a little more intent trying to rush play whilst the visitors took every opportunity to kill valuable time as they fought to claw themselves away from the lower echelons of the table.

As is always the risk with applying pressure Aycliffe left themselves open to the counter attack although the second RCA goal came following an error playing a poor ball back to the keeper which left Pickford in no man’s land as he couldn’t reach the ball before Colquhoun, whose exquisite chip nestled into the home goal.

The counter attack paid off for the visitors as they netted their third from a good finish from Lawrence to seal the points.

Aycliffe are back at home this Tuesday night as they welcome Darlington to The Beaumont Landscapes Stadium for a 7.45pm kick off in the Durham Challenge Cup.

That game is followed on October 24 with a trip to AFC Liverpool for a rare Sunday outing in the Buildbase FA Vase.