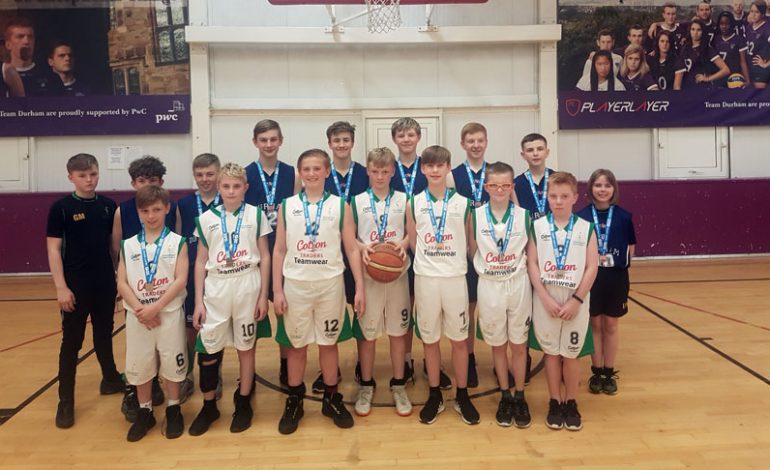 The Year 7, 8 and 9 basketball teams from Woodham Academy were recently representing the Sedgefield District in the Durham Youth Sport Games at Maiden Castle, Durham.

Having progressed through the qualification rounds unbeaten, the students were keen to compete against the best players in the county.

Under the guidance of Woodham Academy deputy head teacher and Durham Wildcats coach Danny Morgans, the players were some of the most technically proficient in the competition.

Both teams performed admirably and were able to develop their skills in the competitive game situations.

The year 7 team finished second overall in the county with the year 8 and 9 team finishing third, which considering most of the players were a year young is a tremendous achievement.