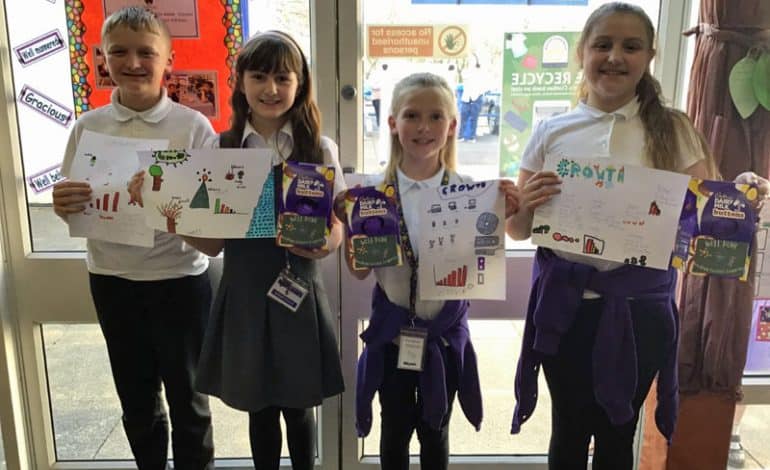 The school worked with a number of primary schools during the week, which runs from May 11-20, including Vane Road, Woodham Burn, Stephenson Way, Aycliffe Village, Heighington and Byerley Park, to encourage local children to think about what growth means to them.

In a competition that would rival the apprentice, winners were gifted Easter eggs.

Congratulations were extended to all the students, ranging from 5-11 who took part in the event.

All work produced was of a high quality and deserved commendation.

Woodham Academy alumni also broadcast talks with live question and answer sessions, about growth in the industries that they have went to work in since leaving secondary school.

Ryan Metcalfe, one of the key speakers during Science Week, spoke about growth in his company, Pre Vue, and the growth in virtual reality companies, mentoring students on computer design programs.

Woodham Academy has strong links with the surrounding primary schools within Newton Aycliffe, with all establishments working together to develop and promote Science throughout the town making it hub for Science learning.