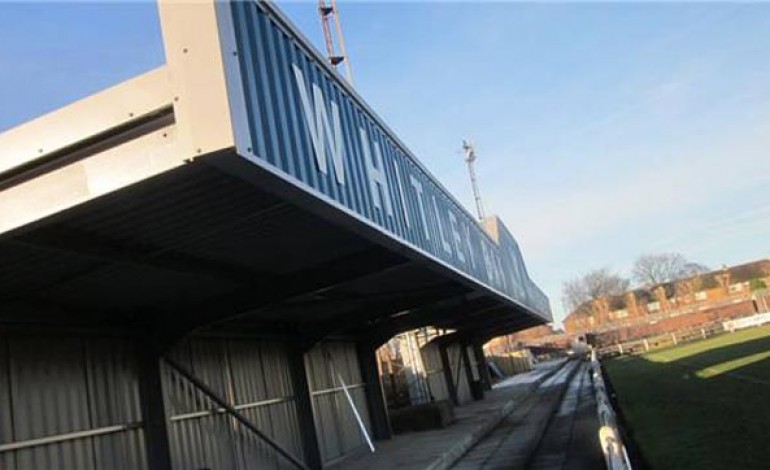 Newton Aycliffe added to their back-to-back wins last week with a 1-0 victory at Whitley Bay on Tuesday night.

It was Aycliffe’s third consecutive win, and ninth away this season (the best record in the league) which saw them climb to fourth in the Ebac Northern League first division.

The game was played in awful conditions with rain falling on an already heavy pitch.

A late afternoon inspection confirmed the game as on, a relief to Aycliffe who reached the half way point in their season.

The first half of the match saw a strong Aycliffe performance with numerous chances.

Dennis Knight, again playing at left back, was instrumental in the early pressure. After 13 minutes he took a free kick from 30 yards which rebounded to John Campbell on the edge of the penalty area. His shot was saved, the resulting corner headed over by Alex Kitchen.

Three minutes later a Knight interception was played through to Campbell who again saw his shot well saved. Another Knight free kick, from the right side of the box, sailed just wide.

With half an hour gone Whitley Bay came close to a goal when an Alex Kitchen back header left James Winter stranded but fortunately missed the goal. The Aycliffe keeper pulled off a good save from the resulting corner.

As half-time approached Aycliffe continued to press for the elusive goal with Campbell especially stretching the Bay defence.

His persistence was rewarded on 45 minutes with an excellent goal scoring from 18 yards with a first touch shot beating the keeper.

The second half saw a determined effort from the home side to pull level.

However, the Aycliffe defence played well keeping the Bay attack at bay.

There were few opportunities for Aycliffe to extend their lead and they saw their leading scorer, Matty Moffat, limp off with 15 minutes to go.

Despite the pressure Whitley Bay failed to equalise and Aycliffe had the better of the last few minutes with Zak Boagey hitting the crossbar from 35 yards and Cambell having a shot saved.

The club is offering a special three-game ticket for £15 adults and £10 concessions, a saving on the normal price of £6/4 for individual games.