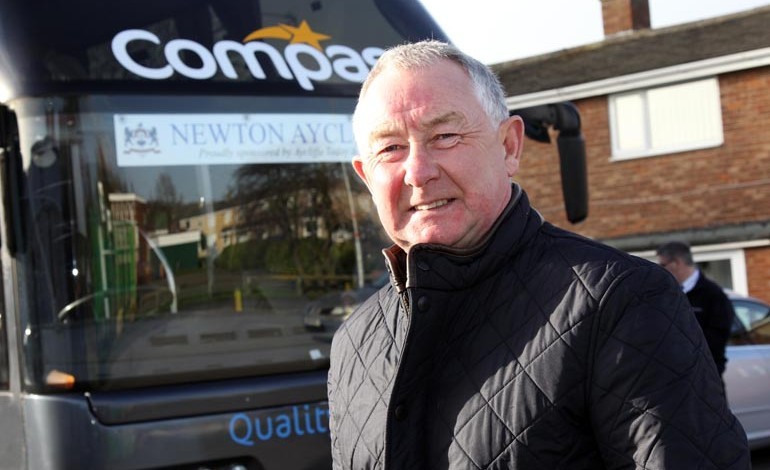 Aycliffe legend Allan Oliver says the town’s football fans have never had it so good, as they prepare for the biggest game in their history.

The Blues take on Camberley Town in the last 16 of the FA Vase today (3pm).

It’s the furthest Aycliffe have reached in the competition, with a quarter-final place up for grabs.

And the man who masterminded Aycliffe’s rise through the leagues in recent years reckons Peter Dixon’s squad is the best the club has had.

“Since I was a bairn we haven’t had a top division side, and now we have.

“We’ve now got the best team the club has ever had, in my opinion. If anyone saw the last round against the league champions Marske United, we dominated the game, and to quote their manager it was men against boys.

“This is the best team we’ve ever had, and I would ask the people of the town to come and get behind them, because they’re really at it, and this is their time.

“It’s the furthest we’ve been in a national competition, so they come no bigger, with a great prize at the end of it if we can progress.

“A last eight tie is a massive carrot for the players and everyone involved with the club.”

Aycliffe are just three games away from reaching the final, but Dixon has banned any talk of Wembley.

And Oliver said: “I can understand where Peter’s coming from. You’re in with a sniff, but there’s a lot of hard football to be played before you can even think seriously about it, and you have to put it to the back of your mind.

“Peter has been there and done it. He knows what to do at this stage of the competition, and I think he’s got the players to progress, a great blend of youth and experience.

“Most of the players have also been involved in games of this magnitude, and done well in them, so we’re optimistic.”

Aycliffe’s game in Surrey kicks off at 3pm today.