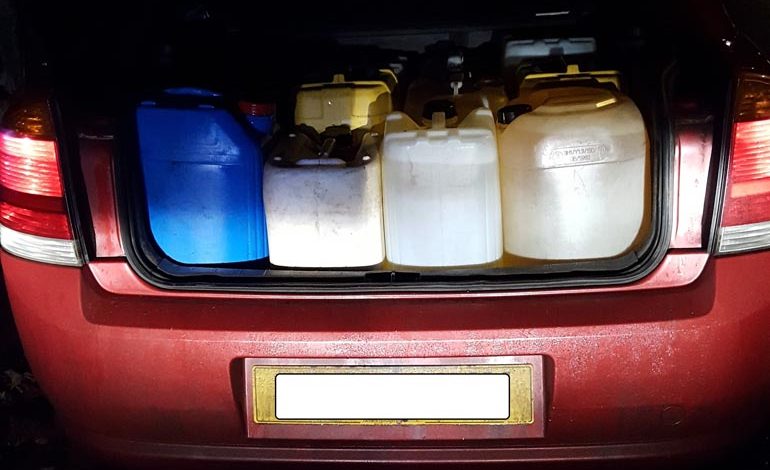 Four men have been arrested in a planned operation after police pledged to lock up suspected criminals for Christmas.

Individuals suspected of being involved in committing crime in rural communities and those who travel across different force areas to carry it out were targeted as part of Operation Checkpoint, which was also conducted across other forces in the north of England.

‘Checkpoint’ targets criminals who are known to break into properties or steal vehicles, diesel or vehicle parts.

As well as the arrests, a number of suspected criminals have had a Christmas card hand delivered to them from the police which warns them to stop offending.

A man aged 23 from the West Auckland area arrested at his home and subsequently charged with the thefts of several Ford Transit vans. He was due to appear at Newton Aycliffe magistrates’ court on Thursday morning.

Two brothers, aged 27 and 21 from the Northumbria Police area were arrested in Staindrop after their Vauxhall Vectra was spotted by a Farmwatch volunteer.

A significant quantity of diesel was found in the boot of the car along with a fuel syphoning kit. The pair are still in custody at Bishop Auckland police office.

A man in his 40’s from the Darlington area was arrested in Heighington Lane on suspicion of going equipped for theft. He also is still in custody at Bishop Auckland.

And a joint visit by Darlington Police, Trading Standards and Darlington Council to a farm in Middleton St George found evidence of an unlicensed puppy farm and an unlicensed scrap metal business.

Dozens of vehicles were stop checked by police officers during the night as part of Operation checkpoint, with more than 50 FarmWatch volunteers providing additional support.

Officers issued formal notices to three drivers after identifying defects in their vehicles, which will have to be corrected in a stated period of time.

Chief Insp Sue Robinson said: “The operation was a big success and we will be looking to run it again in the future, especially in the lead-up to the festive season.

“This type of crime has a significant effect on victims as they feel even more vulnerable by virtue of the rural location where they live.

“While the humour in the card is tongue in cheek, the message in it is clear – if you insist on making other people’s Christmas miserable we will take action against you.”

Police, Crime and Victims Commissioner Ron Hogg added: “It is always great to see members of the community volunteering to work alongside the constabulary and our partners to tackle rural crime.

“The intelligence which local people provide is invaluable in tackling crime in our rural areas. I am extremely grateful for all the work that volunteers put into operations such as the one that took place yesterday.”

“Rural areas are more vulnerable to certain crimes and I want to assure local people that their concerns are taken seriously. I encourage residents to report crimes and incidents to the constabulary: without the reports they may not know has happened and are unable to help.

“Even if you see something which is a little different, strange or just doesn’t seem right please report it as you may have the missing piece of a larger jigsaw which the Police and partners are trying to put together.”