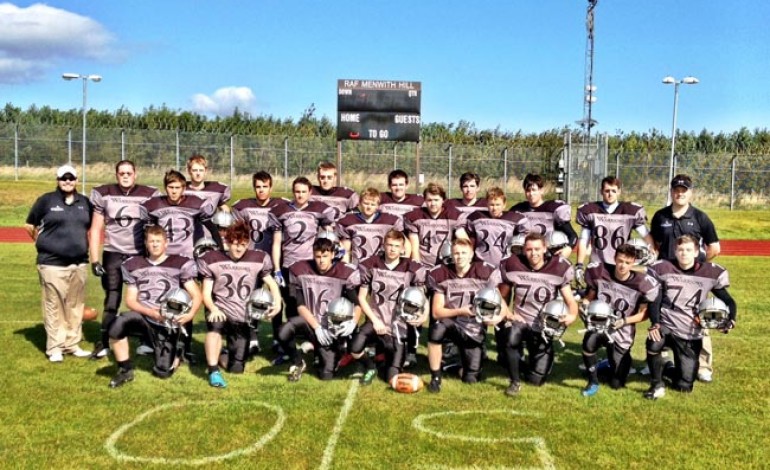 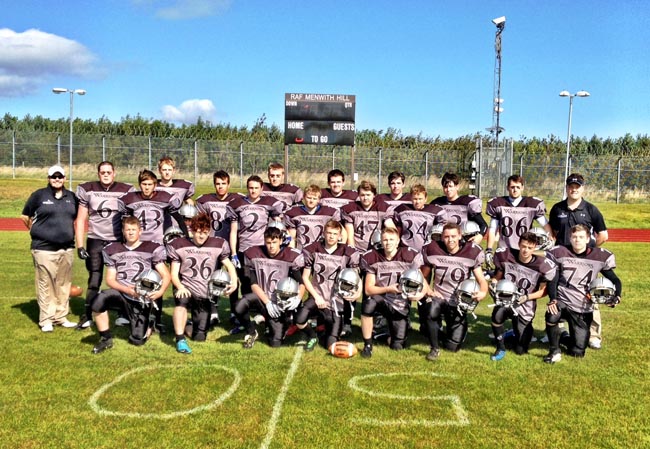 The Woodham Warriors American Football team from Woodham Academy played their first game in the American High School League of Europe on Saturday.

The Warriors travelled to Menwith Hill RAF base near Harrogate to take on Menwith Hill High School, made up of American students from the military base.

Woodham went into the game on the back of their third straight British final appearance last month, but playing against American students was always going to be a major step up in class and occasion. Before the game the Menwith Hill High School band performed both national anthems before the cheerleaders did their bit to get the Menwith Hill home support in good voice.

The Warriors ended up losing a highly competitive game 43-14, but showed that they deserved their place in the league alongside the Americans, scoring two great touchdowns from game MVP Chris Armstrong.

Head Coach and assistant head teacher at Woodham Academy Jon Tait said: “Today wasn’t about the result, it was about giving our students the opportunity that they have always dreamed about.

“Being able to play against American High Schools and American students is fantastic and my players have shown today that they do not look out of place at all. We have learned a lot from today and our students will become better players as a result.”

The league is organised for all of the American high schools on American military bases across Europe to compete against each other in multiple sports.

The Warriors were invited into the league after their notable successes over the past few years in the British league. Woodham travel to Alconbury this Saturday for their next game, before playing in Sicily in October.