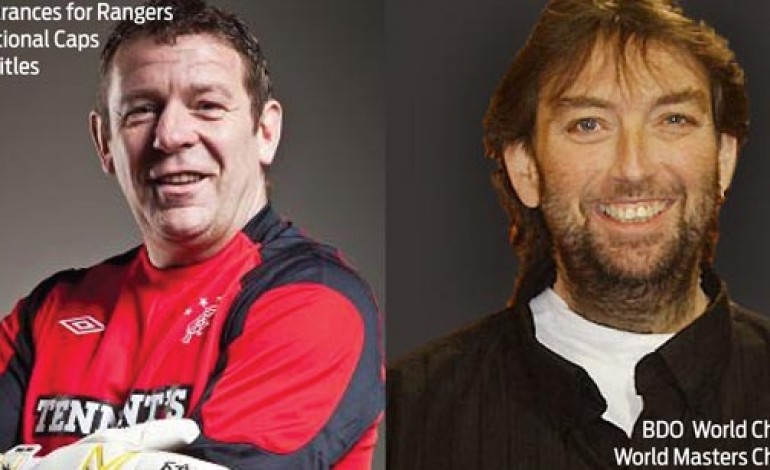 The Big Club is playing host to another great charity Sportsman’s Evening next month.

Tickets cost just £20 each, with the cash going to Leukaemia and Lymphoma and “Just Say Yes”, the charity set-up in memory of Newtonian Mark Bulman.

The evening will be hosted by Steve Walls who, amongst other things, has hosted corporate guests at Old Trafford for Manchester United games.

Goram is best known for his time at Rangers, where he accumulated five league titles in 286 appearances. He was also capped 43 times for his country.

In the twighlight of his career he received a surprise phone call to go and sign on loan for Manchester United.

Fordham, best known for his weight and nickname of “the Viking”, reached his career peak in 2004, when he became BDO World Darts Champion.

Leukaemia & Lymphoma Research is the only UK charity solely dedicated to research into blood cancers, including leukaemia, lymphoma and myeloma.

“Just Say Yes” is a fundraising initiative which started in Aycliffe after the death of a local teenager Mark Bulman from cancer in 2010.

His inspirational fight and thirst for life in the aftermath of his diagnosis led him to try and experience everything he had wanted to.

“Just Say Yes was born as a result of this and raises funds which are donated to the two Newcastle Hospitals which treated him so well,” said organiser Michael Rippon.

“We’re hopeful of selling lots of tickets and raising lots of cash for two worthy charities.” 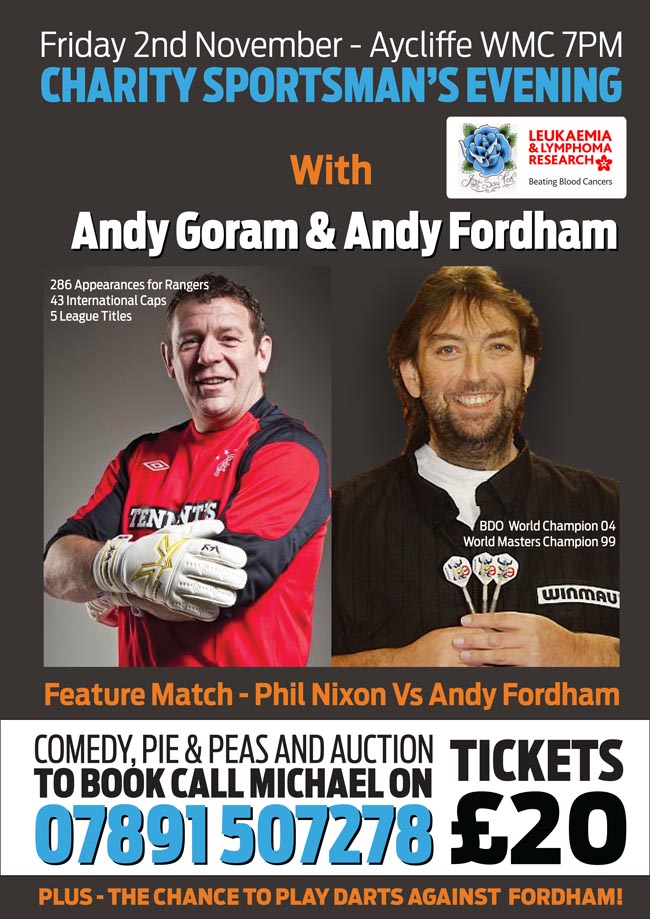