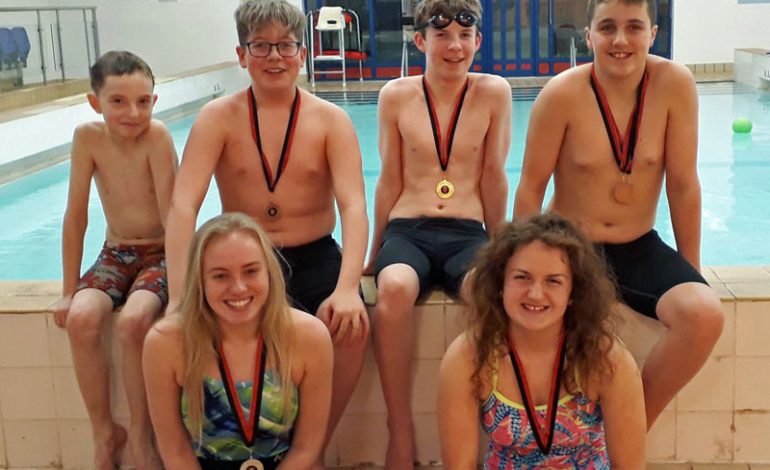 Youngest of the six was Ellis Dickinson who swam his first 100m race in competition and also slashed a combined ten seconds from his 50m backstroke and freestyle times showing excellent progression.

Dylan Forster had his first taste of competition as he entered four events and set some impressive times coming away with a bronze medal at 50m backstroke.

Oliver Turnbull had a great competition, achieving six out of six PBs including over 13 seconds off his 200m breaststroke best and also winning two bronze medals.

It was commented by first-time poolside assistant Debbie that all swimmers conducted themselves excellently and were a pleasure to supervise!