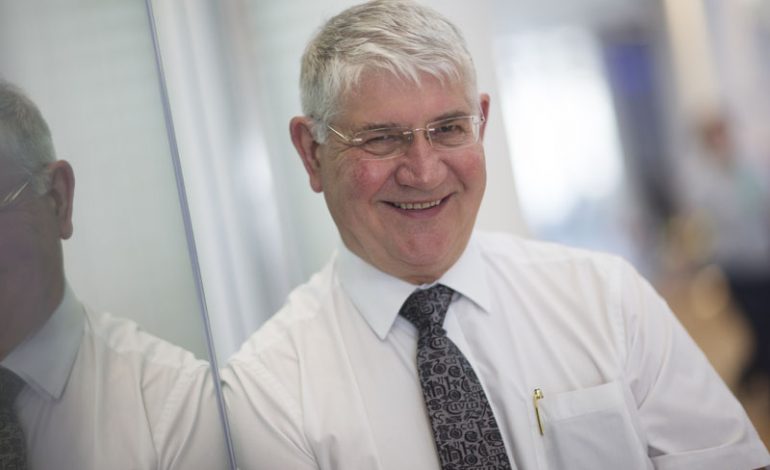 Tributes have been paid to former Durham Police, Crime and Victims’ Commissioner Ron Hogg, who died on Tuesday.

Mr Hogg, who had been a vocal advocate for the right to die, as well as for radical drugs reform, stepped down from his role earlier this year after being diagnosed with Motor Neurone Disease (MND).

Durham chief constable Jo Farrell said: “Durham Constabulary and the people of County Durham and Darlington have lost a great colleague and friend.

“Ron was a radical thinker, an inspiring leader and a lifelong public servant who wasn’t afraid to tackle head-on some of the most difficult issues facing society.

Cllr Lucy Hovvels, chair of County Durham and Darlington’s Police and Crime Panel, described Ron as a passionate public servant who cared deeply about the communities he served.

“He was a very honest and open man who was not afraid to speak out about what he believed in but was always keen to listen and take on board other people’s ideas,” said Cllr Hovvels.

“Ron was a strong voice for victims and believed passionately in supporting young people and families. He also believed people deserved a second chance and his determination, empathy and willingness to work with others made a great difference to many lives.”

Cllr Hovvel’s views are shared by fellow members of the Police and Crime Panel, which is responsible for reviewing and confirming the appointment of the Police, Crime and Victims’ Commissioner.

“We know we were incredibly lucky to have Ron as our commissioner and he will be greatly missed by all of the panel members,” said Cllr Hovvels. “Our thoughts and prayers are with his family at this sad time.”

“He approached the role of Police, Crime and Victims’ Commissioner with determination and compassion, and touched the lives of so many people.

“His work was sadly cut short by ill health, but Ron continued to campaign about the issues he believed in, while raising awareness of motor neurone disease.

“On behalf of everyone at the council, I would like to offer our deepest condolences to Ron’s family and friends.”

Ron’s family will announce the date of the funeral in due course. They are extremely grateful for the many warm messages Ron received over the past few months, and have asked that no cards or flowers be sent.