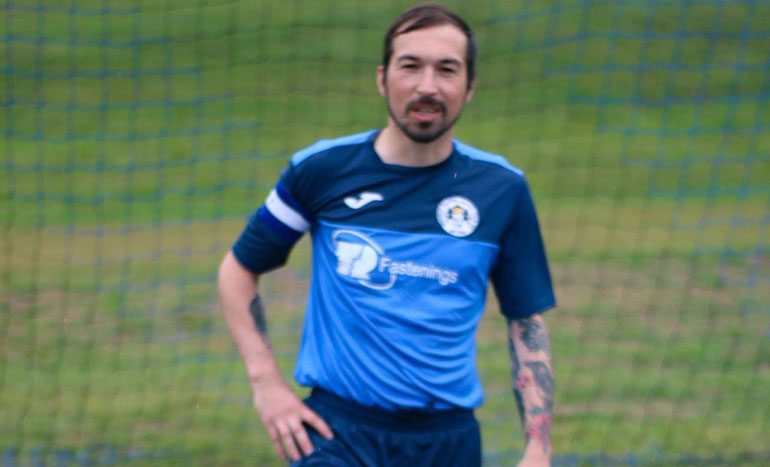 Playing away to Spennymoor Ash Tree, it was another poor start to the game when a long range effort was spilled by stand in goalkeeper Chris Kilburn to make it 1-0 to the hosts on five minutes.

Two yellow cards in the space of five minutes also saw the away side reduced to 10 men with only 18 minutes gone and an uphill battle was on the cards.

Although reduced to 10 men, the Sports Club looked the better team controlling the midfield and the defence standing strong not allowing the Ash Tree an inch.

Darren Bosomworth came closest to grabbing the equaliser on 35mins, his long range effort bouncing back off the post.

The second half started much the way the first ended with Sports Club quickly dominating and when Kyle Allen (pictured above) was fouled in the box, he levelled the scoring from the spot on 50 minutes.

Allen made it 2-1 on 58 minutes when released through to slip the ball past the home keeper.

The Aycliffe side kept the pressure on and rounded the game off with five minutes to go with Allen again breaking through with a one on one and slotted home his hat-trick.

This win helped move Newton Aycliffe Sports Club up to fifth in the table.

The Sports Club host Wear United from Sunderland in the County Cup this weekend.