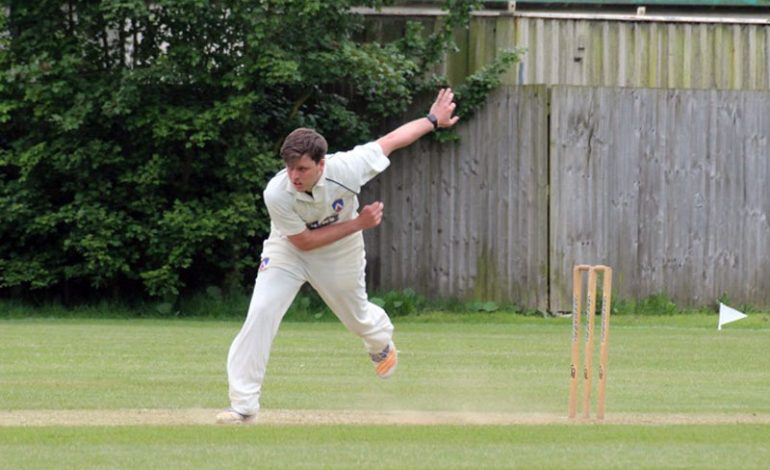 Aycliffe’s first team picked up their third successive maximum 25 point victory of the season after demolishing Thornaby 2nds by 123 runs at Moore Lane. Michael Howe (sponsored by Yvonne and Bob Wood, pictured above) was in inspired form taking a career best six wickets for 29 runs from his lengthy 10.5 over spell.
The win moves Aycliffe’s first team up to sixth place in the NYSD 2nd division table, which is their highest position in the table this season, with 186 points from 14 league games played.
Photo attached is Aycliffe bowler Michael Howe in action.