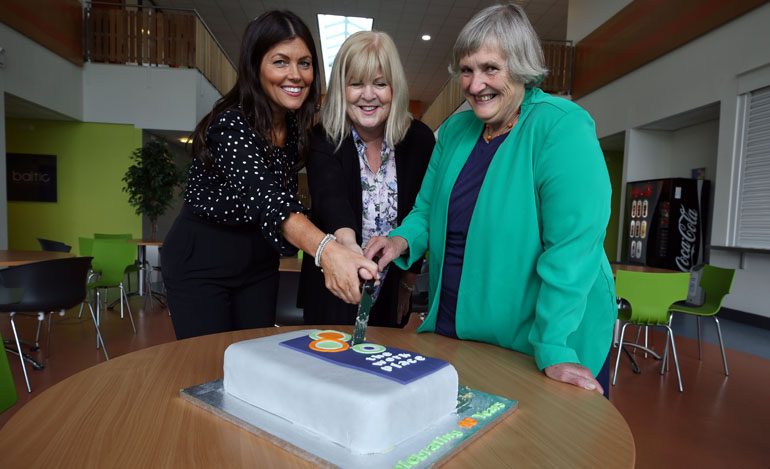 A Newton Aycliffe conference centre built on the back of a £9m inheritance marked its 10th anniversary with a special celebration.

As revealed in the July-August issue of Aycliffe Today Business this summer, The Work Place is the brainchild of Jane Ritchie, who spent her own working life as a careers adviser and was awarded an MBE for her services to Durham County Council’s Education Business Partnership, which she managed.

Wensleydale-based Miss Ritchie was unexpectedly informed she had been left an eye-watering £9m by her cousin Margery Freeman after she had passed away at the age of 100, and invested most of it in creating The Work Place.

The centre, based on Heighington Lane on Aycliffe Business Park and which sees 15,000 people a year walk through its doors, celebrated its 10th anniversary this summer and held a celebration last Friday.

“I’m very proud that the Work Place has been going for 10 years – it’s a brilliant building and the plan is to keep on going,” Miss Ritchie, pictured above (right) with centre manager Angela Wilkinson (left) and strategic director Sue White, told Aycliffe Today.

“Angela and Sue have done a marvellous job with it, enabling so many people to make the most of it for a number of different uses.”

Read our full feature on The Work Place and its fascinating history by clicking here.