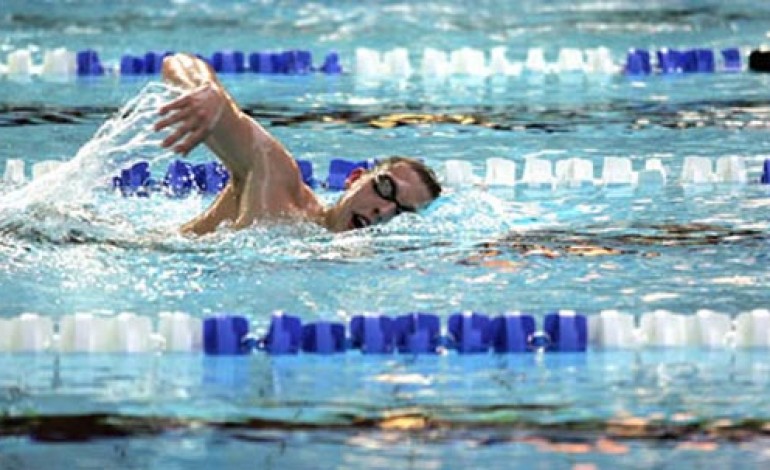 The event was held at Durham City Freeman Quay and hosted schools from all over the North East of England to compete in medley and freestyle relays.

The squad was a mixture of year 10 and 11 girls. Woodham has always had a strong swimming tradition and has excellent links to Sedgefield 75.

Currently working with the Woodham swimming academy is Heather Brewster and Glen Longmire who are both either involved or have been with the 75.

The event itself was a huge success for Woodham students Jessica Longmire, Georgia Leybourne, Chloe Farley and Jennifer Lerner, who swam the third fastest time in the intermediate girls’ medley relay.

The time they posted will hopefully be enough to take them to the National Finals in Crystal Palace London once all ESSA regional trials have been completed.  The best sixteen times in the country will compete.

Mr Clough, Director of Woodham Sport Academy, said: This is just another indication of the success of the recently launched Sports Academy at Woodham, where there have been over 26 students selected to be part of the Swimming Academy.

“The ESSA swimming gala was another indication of the strength of talent we have at Woodham.

“Since the launch of the Sports Academy our school sport has grown immensely with over 166 students across the Academy involved in sport.

“I believe that within time the Sports Academy will go from strength to strength as we develop elite sporting talents such as our two sporting ambassadors, Jason Steele and Ross Turnbull.”