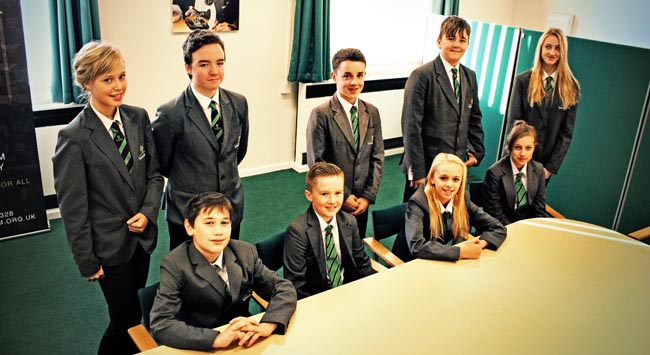 Students at Woodham Academy have been busy appointing their new school council following a series of tutor group elections.

A total of 60 students, two from each tutor group, were democratically elected to represent their peers.

In many cases the competition was tough with students presenting pre-election speeches. If that wasn’t enough, students were then questioned by their peers on why they would be the most suitable candidate for the role.

Woodham Academy has been awarded Investors in Children for many years and the school takes the role of the school council very seriously.

In addition to the school council Woodham also appoints an Associate Student Governor, who represents the students on the Governing Body.

Josh Blackburn in Year 9 has been elected on the school council for his third consecutive year and has recently taken up a position on the Aycliffe Youth Council.

“I feel that it is a privilege to be part of the school council and to express the views of students within the school,” he said.

“This enables me to suggest improvements on behalf of Year 9 and Woodham Academy. I enjoy being part of the council and hope to remain on it throughout my time at Wodham.”