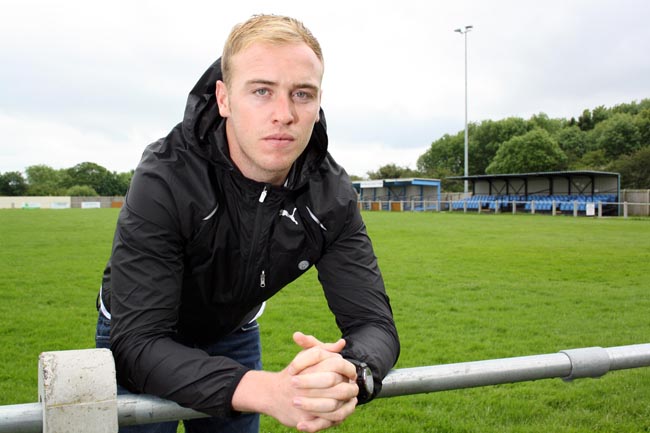 Newtonian Jason Steele says he’d love to see both Boro and Blackburn win promotion to the Premier League this season.

The goalkeeper – who’s on a season-long loan with Rovers from Middlesbrough – will return to his parent club tomorrow for the top-six Championship clash at the Riverside.

Steele is not able to play in the game due to the terms of his loan deal, but will watch from the stands.

And he admits it’ll be a strange feeling.

He told Aycliffe Today: “It will be very strange but I’m looking forward to seeing some familiar faces.

“I’ve been with Boro since I was 12 and I’m still contracted to the club. I have many friends there – players and staff – so obviously I still want to see them do well.

“The ideal scenario would be for both Boro and Blackburn to go up. They’re very similar clubs and towns and I think they both deserve to be in the Premier League.”

Steele joined Blackburn on 1st September after being frozen out of the reckoning under boss Aitor Karanka.

He found himself third in the pecking order – under Dimi Kontantopoulos and Tomas Mejias – before being told he had no future on Teesside any more.

Steele has since earned the number one jersey at Ewood Park and his 11 appearances for Rovers – including five wins, five draws and one defeat – have coincided with them climbing up into the Championship play-off places.

“I’m just enjoying playing in the side and I’m grateful to Blackburn for giving me the opportunity.

“I’m gutted I can’t play at the Riverside tomorrow but I knew that was the deal when I joined.

“I got some stick during the week for an interview I did, in which I said I hope I’ll be able to go back and play, and I think some people might have taken that the wrong way.

“It was made pretty clear to me that I was surplus to requirements under the current manager at Boro and I’m not one to sit in the reserves – no disrespect to reserve team football – so the natural thing to do is to move on, that’s football.