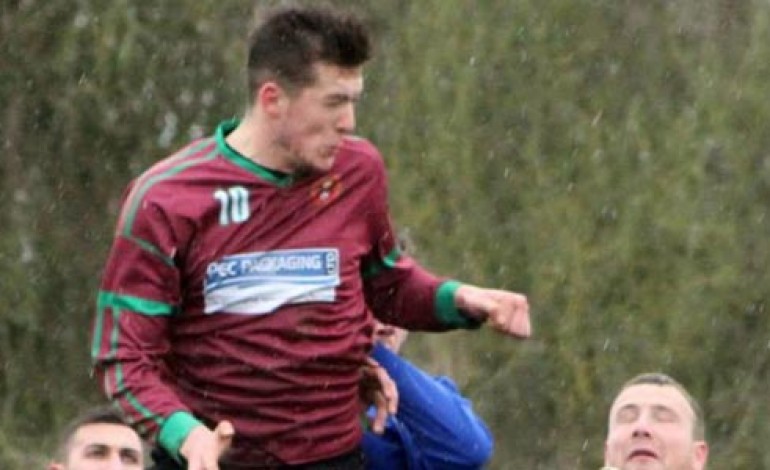 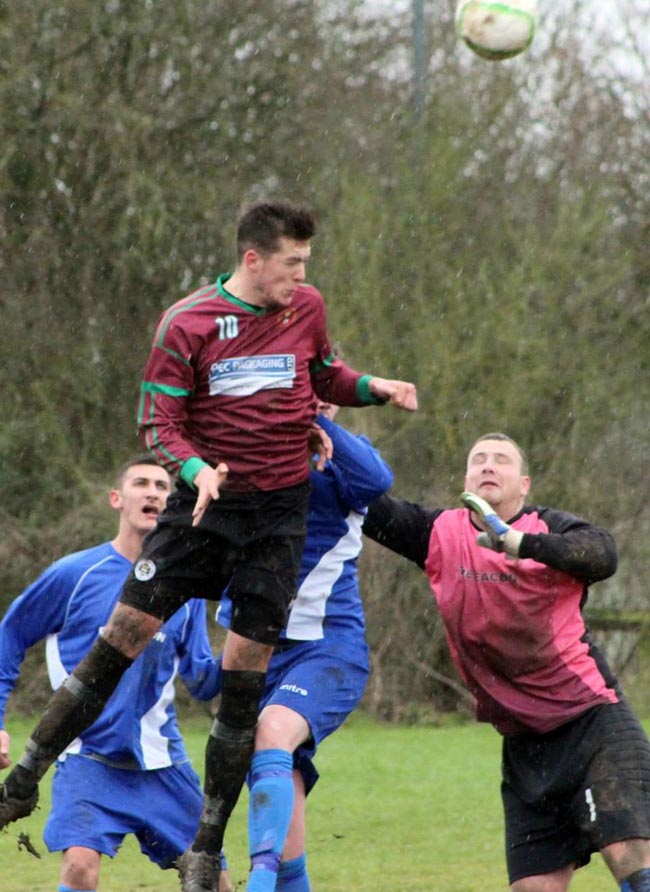 Aycliffe Sports Club claimed their eighth consecutive win to go top of the table for the first time this season.

After a 4-2 home win against Witton Victoria, the Sports Club went one better at the weekend with a magnificent 5-2 triumph against the title favourites at Moore Lane.

The two teams had already met twice this season with the Sports Club losing 5-0 in the League and 4-0 in the Heart Foundation Cup, so this was always going to be a tough test for the hosts.

Due to numerous absentees, manager Paul Eales was forced to change from his trusting 5-3-2 formation, to a more traditional 4-4-2 set up, with David Teder and Anth Campbell taking up the wide midfield roles.

Both teams were intent in setting out their stalls early on the heavy pitch and when a free kick was awarded just outside the area on 15 minutes, it was Paul Cook who gave the hosts the lead, lofting the ball over the wall and past the stranded keeper.

Freescoring Rolling Mills were finding it difficult to breakdown the tough tackling home side with Mark Craggs returning to the centre of defence not allowing anything to get past him.

On 35 minutes, in-form Chris Jones got on the scoresheet after a lovely weighted pass from David Teder allowed him to break through the defence and round the keeper to slot home and make it 2-0.

Then five minutes later, just moments before half-time, it was Connor Hughes who made it three, slotting the ball in past the keeper after good work from strike partner Jones.

The Rolling Mills came out fighting in the second half and with the benefit of a strong wind they gradually began to put the home side under intense pressure with Keeper Andy Hartley having to be on guard numerous times to keep them out. A penalty was awarded for the away team on the hour mark which was slammed home to give the Darlington side some hope of getting back in the game.

However, the comeback was shortlived as another floating free-kick from Paul Cook saw Connor Hughes leap high above anyone else, including the away keeper, to head home his second and the teams fourth on 65 mins (pictured above).

Hartley was kept busy with the away side continuing to press and trying their luck – but the keeper was in fine form and it wasn’t until the 80th minute they managed to find a way past him and the battling defence, to make it 4-2.

Not to be outdone, though, Hughes completed his fourth hat-trick of the season with an easy tap in at the far post to make it 5-2 and record a memorable win which saw the Sports Club climb to the top of the table for the first time this season, a position they will be fighting to maintain over the remaining seven league games.

This week is derby week, when NASC FC take the short trip across town to Simpasture Park to play The Huntsman in what will prove to be a very difficult tie, but one not to be missed.