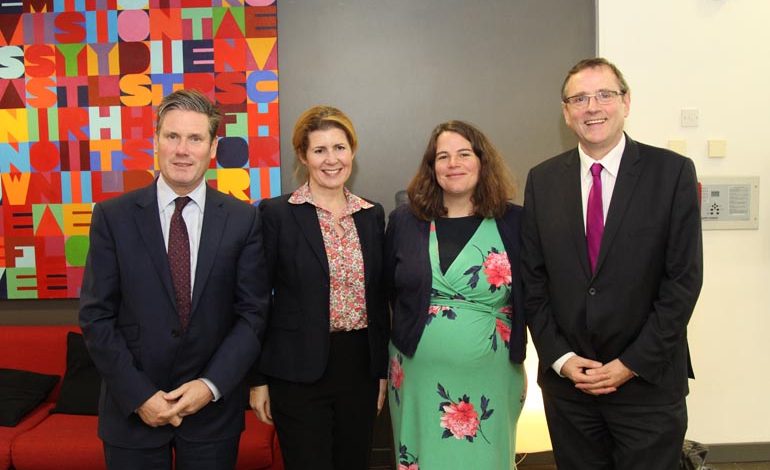 The Labour Party’s Shadow Brexit Secretary Sir Kier Starmer listened to the concerns of local businesses and trade organisations during a round table discussion in Newton Aycliffe.

The forum was attended by several local businesses, including Aycliffe firms Inovyn (formerly Ineos), Stiller Warehousing and Distribution and Mantis Media, as well as several organisations, with Business Durham, the regional TUC, the Federation of Small Businesses and the North East Automotive Alliance all in attendance.

Mr Starmer told Aycliffe Today: “The decisions over the next few months and years about how we exit the EU are the most important since the war. It’s really important we get them right.

Click here to see our Video Interview with Mr Starmer

“I think we’re only going to get them right if we absolutely understand, from each region, what the real issues of concern are. 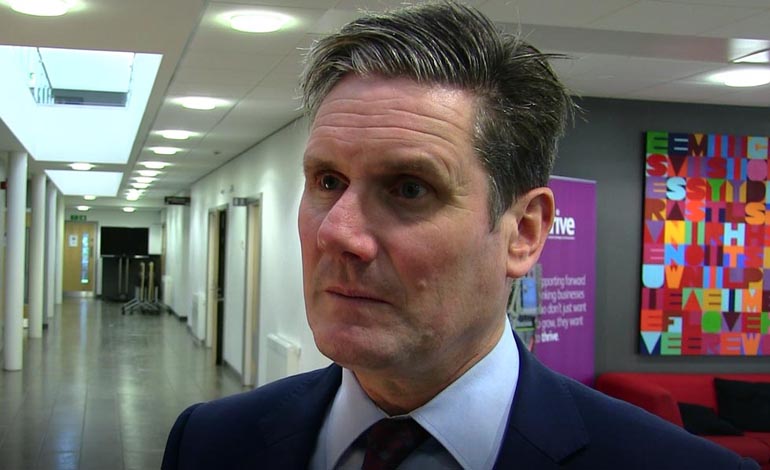 “So from a Labour Party perspective, we accept the result of the referendum, we absolutely want to get the best deal for everyone everywhere in the UK, and that means coming to places like this to talk to people who are local, running local businesses, and hearing what they’ve got to say.”

Mr Starmer, who’s a Queen’s Counsel barrister and was head of the Crown Prosecution Service (CPS) from 2008 to 2013 before entering politics in 2015, was appointed to Jeremy Corbyn’s front bench in October, to shadow the Tory’s Brexit Secretary David Davies.

And he accepts people are becoming increasingly frustrated by the ongoing Brexit debate, after the UK voted to leave the EU six months ago.

Mr Starmer said: “There’s very mixed messages coming out from the government… one day they seem to suggest it’s going to be a very hard Brexit – which is outside the single market, outside the customs union and in an arms-length relationship with the EU – and on another day David Davies is talking about paying in for access to the single market.

“What I think most businesses want, and we heard it right here in Newton Aycliffe, is some real clarity from the government… what is it that you’re aiming to achieve?

“Businesses are adaptable, but they need to know with some certainty what the future holds, so their plea to the government is make your mind up, let’s have some clarity, and then we can actually decide how we adjust if we need to.”

Mr Starmer has been accused, along with the Labour Party, of trying to block the UK’s exit from the EU.

But he says it’s critical Britain gets the right deal for businesses.

“Not having access to the single market is a headache, a really big headache,” he added.

“And the more that’s brought into the country in the supply chain, or goes out for export, the more of a worry tariffs are.

“Companies are not making a lot of money at the moment – the profit margins aren’t huge – so if you’re picking up tariffs with goods coming in and going out, that makes a real difference.

“That’s why – from a Labour Party point of view – we’re arguing for full tariff-free access to the single market for exactly that reason.”