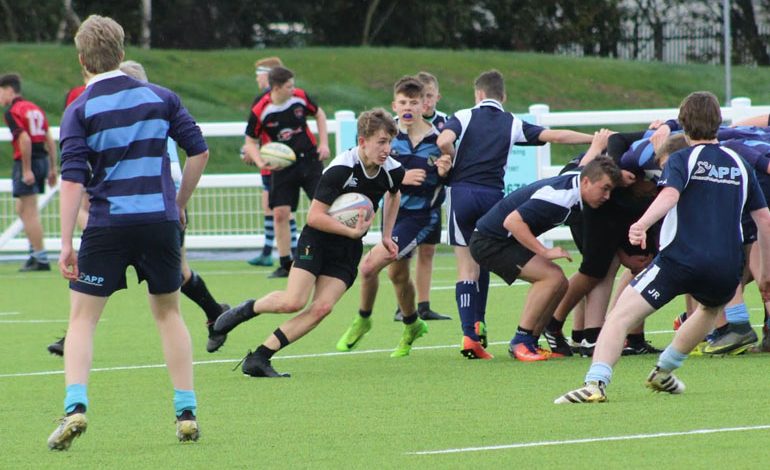 Woodham Academy has added rugby union to the extensive range of sports played at the school.

The Rugby Academy – initially consisting of Year 10 and 11 students – competed in the Durham Union County Cup, taking on district and county-level players in four games hosted by Billingham RUFC.

Rugby coach Paul Richardson said most of the team had not played the sport before the launch of the new academy, but “held their own” in a series of competitive matches.

He said: “This was our first set of 15-a-side fixtures and we hope it is the start of many. The team impressed with their determination and skill with ball in hand. Our forwards, who have been tireless in developing their scrum and lineouts, were dominant in all their passages of play, and when we got the ball into the hands of our backs we used our pace and passing to capitalise.

“We have been invited to compete in the Durham County Plate at the end of November. There is plenty to work on between now and then but we hope you will come show your support when we play.”

Woodham Sports Academy offers high-quality coaching opportunities to elite athletes in a range of sports. Coaching is delivered by the school’s award-winning PE department and through local clubs.

The school also has its own 20-metre swimming pool, as well as a sports hall and gymnasium, and has recently invested more than £100,000 on new changing facilities. Facilities are available to hire. For more information, call 01325 300328.