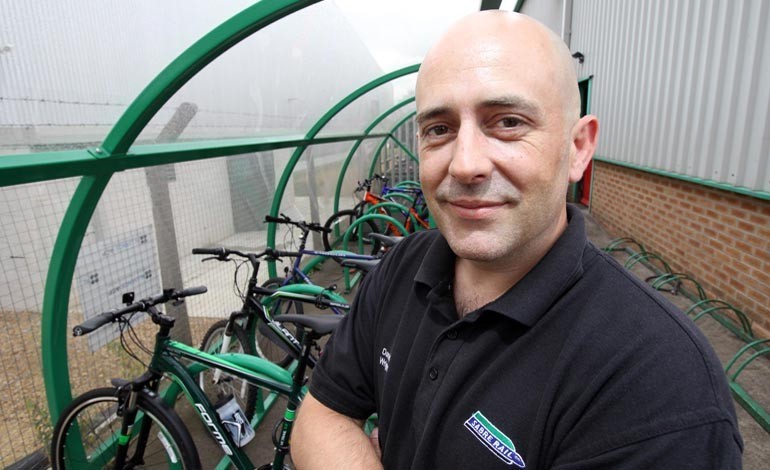 Daniel Wright, an employee at Aycliffe firm Sabre Rail, tasked himself with giving an electric bike a go and comparing it to his normal road bike.

Before starting he classed his road bike as light, fast and fashionable compared to an electric bike which he thought of as heavy, cumbersome and geeky. Could he be converted?

An electric bike assists the rider by reducing the resistance in the pedalling motion by electricity which is supplied by a battery to a motor. It is fitted with an illuminated display and has various modes: economy, sport or normal.

Daniel recorded the journeys on the Strava app to compare how the electric bike faired to his road bike.

Taking into account the sleet, wind and cold weather that accompanied his electric bike journey, it shaved a good time off his standard road bike time.

In fact, the electric bike with Daniel on it was always faster than the road bike. Plus, he made it to work and back on one charge.

“If you’re looking to get fit, lose weight or challenge yourself then use the conventional pedal power,” says Daniel.

“But if you’re looking to commute to work, or leisurely take up cycling in your spare time, and don’t want to exert yourself, then seriously consider an electric bike.

“I was really impressed. If you are considering being more sustainable then this is a very good and viable option. It can also be covered in some cycle schemes.”

It seems Daniel might be a convert after all!

If you’re also based on Aycliffe Business Park, then you can join Daniel on Strava and record your journey.