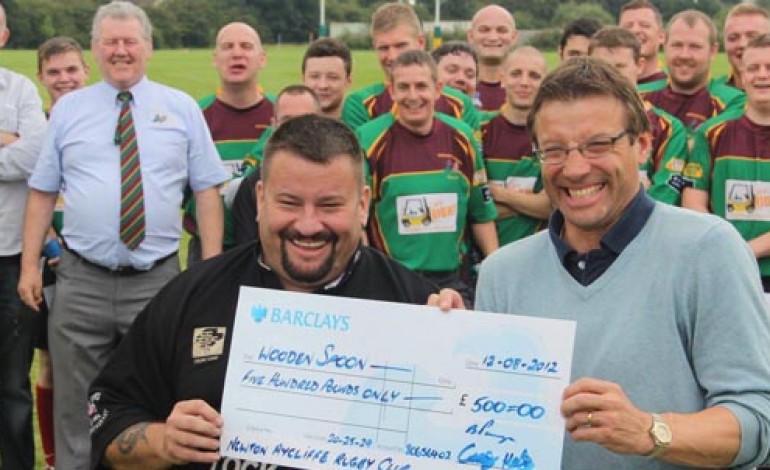 Rob Andrew was at Aycliffe Sports Club last Sunday, as the town’s rugby club presented a charity cheque to the rugby legend.

The game raised £500, and Malvern is pictured presenting a cheque to Andrew for the Wooden Spoon, the children’s charity of rugby, of which Andrew is Vice President.

“It was a tremendous turn-out and a huge success,” said Malvern.

“To have Rob Andrew at the club was a fantastic touch, everyone thoroughly enjoyed the day.”

And ex-England fly half Andrew, the current RFU director of operations and former Newcastle Falcons boss, agreed to accept the cheque from the club.

Andrew won 70 England caps (two as captain) during a distinguished playing career, with an international score tally of 396.

Aycliffe’s first team took on a Malvern select XV as part of the day. The game was followed by a charity raffle.