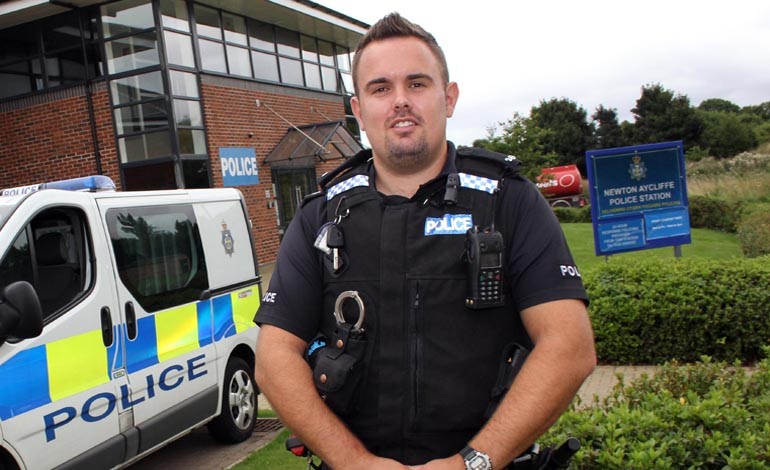 A Newton Aycliffe police officer is asking people to be vigilant after a number of sickening attacks on birds and their nests.

PC Mike Welch (pictured), from Aycliffe’s Neighbourhood Police Team, says a number of parks in the town have been hit by graffiti and damage to trees.

But he says several birds have also been killed during a spate of gruesome incidents.

“Over the last weekend several birds were killed in the nature reserve and also one of the parks,” said PC Welch.

“These parks are open to the public and are generally well maintained and provide safe places for families to play with their children, but also provide suitable habitats for wildlife which lots of the community like to see.

“It appears a very small minority of youths are wanting to destroy these areas with mindless damage and destruction of bird’s nests.”

PC Welch is asking members of the community who spend time in the parks and nature reserves to be vigilant when in them, and report any suspicious activity which you may see.