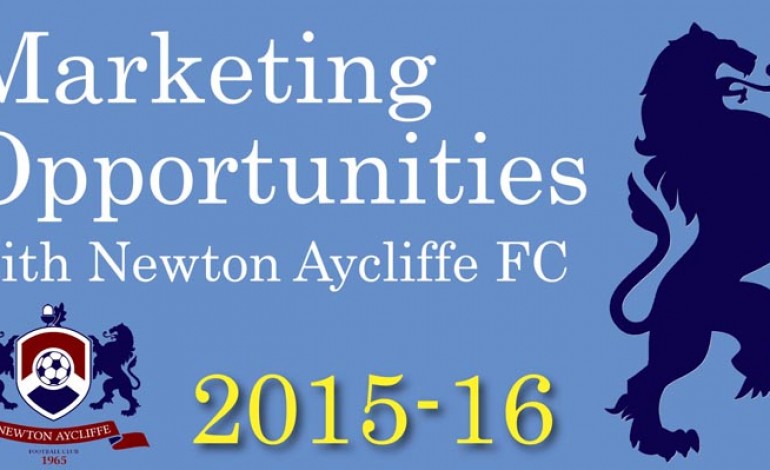 Aycliffe Today and our publishers Mantis Media Ltd are teaming up with Newton Aycliffe FC, the town’s Northern League football club, to offer local firms the chance to get involved in the 2015-16 season while promoting their own business at the same time.

The 2015-16 season will be Aycliffe’s fifth consecutive campaign in the Ebac Northern League first division.

Businesses can get involved from as little as £300 with a pitchside perimeter advertising board.

In return, ALL businesses who sponsor the club will benefit from additional PR spin-offs.

Mantis Media will take a promotional picture and write a press release which will be circulated to the local media.

They will also automatically appear in our award-winning Aycliffe Today Business magazine, on www.aycliffetoday.co.uk and pushed through our social media networks – 4,600 on Facebook and 5,000+ on Twitter.

To get involved, contact Newton Aycliffe FC secretary Steve Cunliffe on 07872 985501, or by email: [email protected]