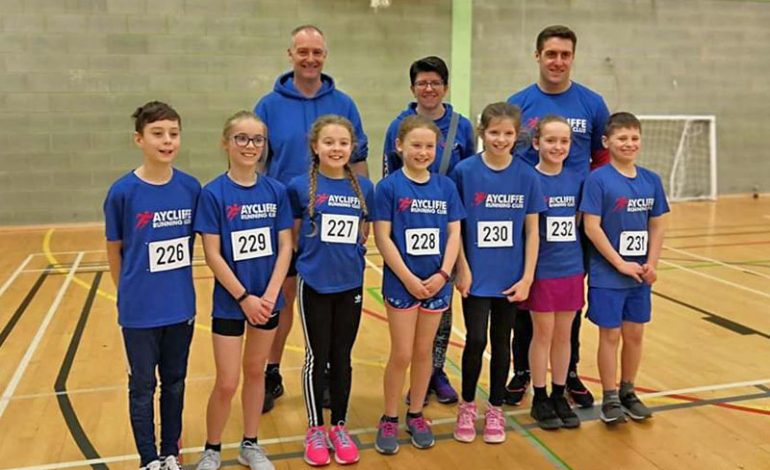 It was an unusually quiet week this week in terms of racing for ARC.

It therefore fell on the shoulders of the junior section to fly the flag for ARC this week and they had a fantastic morning at the County Durham Athletics Network U11 event where a team of seven athletes participated in a number of field and track events which consisted of throws, agility tests power events, hurdles and sprints.

Everyone of our athletes excelled in every activity whilst, more importantly enjoying the event and cheering on their teammates.

ARC came fourth out of seven teams which was a tremendous achievement considering the teams above them all had twelve athletes. Well done to all who took part and the coaches.

On Saturday night it was the annual presentation night which sees the successes and achievements of the club being rewarded.

Scroll down to see gallery of pictures

The first award was for the club handicap male winner which was awarded to Kevin Greenall and the overall winner was Kelly Thompson. The handicap is a specific route which is run several times over the summer with members starting according to ability with slowest starting first and the faster runners setting of in intervals afterwards.

The next awards were for the club championship. This is a series of races selected and members can attain points depending on their ages and times etc. Our female winner was Trish Kay and our male winner was Andy Talbot who won the series with maximum points, a first for ARC.

Next up was best newcomer and this award went to John Joseph Richardson who quickly moved from beginners to the main training sessions. Tracey Pickering was the next to receive an award, being presented with the trophy for most improved athlete. Tracey has made significant progress in the past year by starting to compete in races as well as greatly improving her times

We also have awards for Cross Country races and our winners of these were Sue Milburn and Mark Wade with both having very successful 2018/19 seasons both often placing high in the finishing.

The female athlete of the year went to heather Robyn Morgan who had progressed significantly from joining the club and went on to run in varying distances, improving her times along the way.

The male athlete of the year was awarded to John Surtees who continues to set PBs’ and participate in many races and he continues to be ARC’s fastest athlete.

The next award handed out was the Rob Niven trophy which is awarded to someone who has shown significant commitment to the club. This year the award was shared by Richard and Donna Campbell who are both run leaders, and club captains and who also keep ARC active on social media.

Our final awards were special achievement awards that were given to Alan Wilks and Richard Harvey both of whom have had the honour of representing their Country. ARC presented them with trophies, are having their shirts framed and also offered them honorary membership.

The night continued with food and a disco and was a very successful celebration of the club’s achievements and growth. 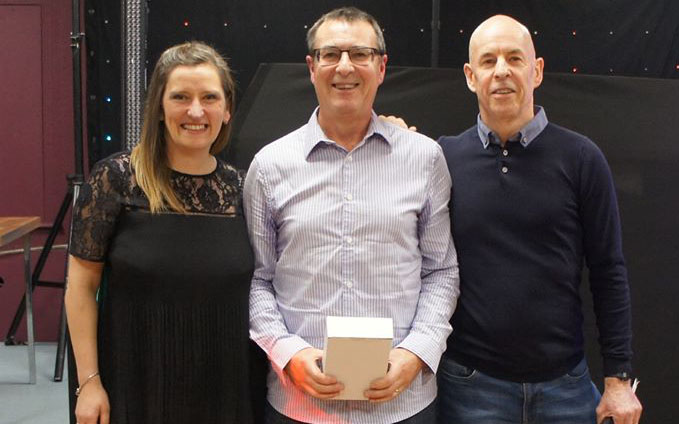 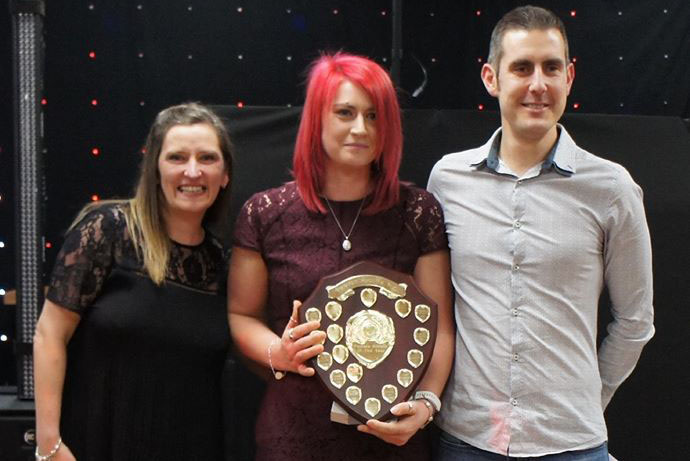 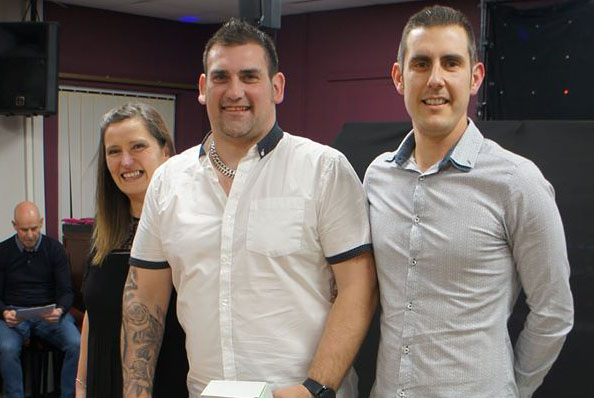 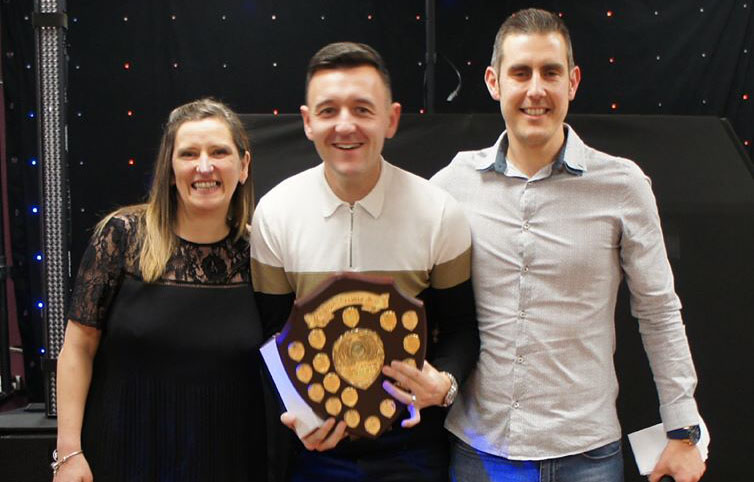 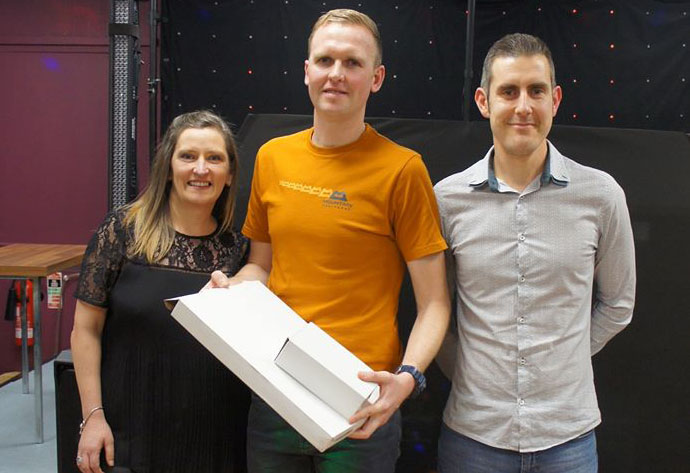 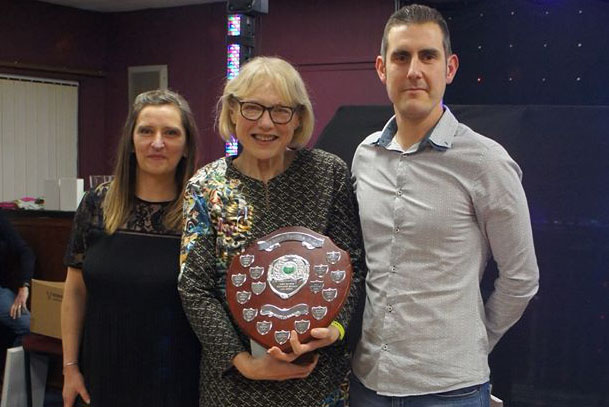 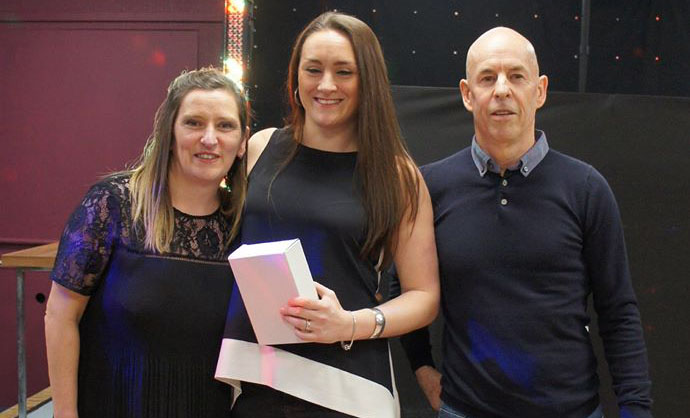