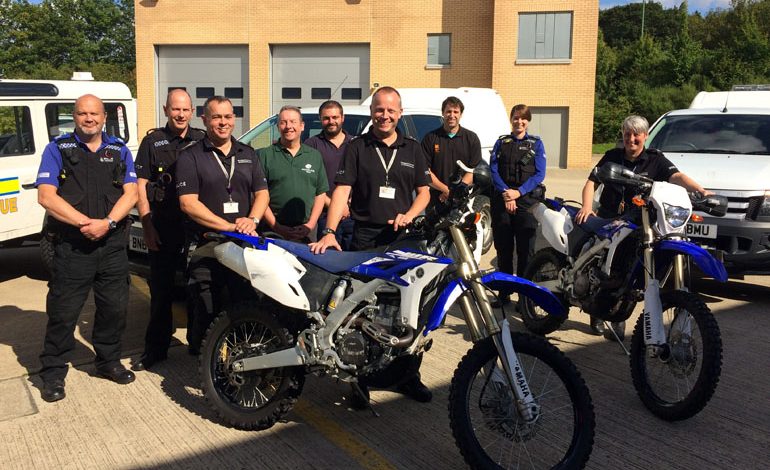 A crackdown is being launched against off-road bikers who are causing a nuisance in their community.

Durham Constabulary are warning those who ride bikes and quads illegally that they face arrest and having their vehicles seized if they flout laws.

The crackdown, coined Operation Endurance, involves officers from the police’s motorcycle section and neighbourhood teams working with the community to rid the streets of illegal bikers.

Inspector Jon Curtis, who is heading the operation, said: “People’s safety is our top priority and we know these bikes are causing a great nuisance in our communities, especially in Darlington and Peterlee.

“We want to highlight the risks of people using vehicles that are potentially dangerous to themselves and others, in circumstances that are unsafe and illegal, such as those who are either underage, have no licence, no insurance, are untaxed, are causing damage or are creating anti-social behaviour.”

The multi-agency operation which involves the police, Durham County Council, Darlington Borough Council, the Woodland Trust and National Trust met at Spennymoor Fire Station this month to tackle the issue.

Durham Constabulary will target offenders with warnings, seizure notices and behaviour contracts, as well as utilising specialist equipment such as the police drone.

Insp Curtis said: “We will work with the community and in partnership with local agencies to identify offenders, gather intelligence, take action to seize vehicles, reduce offending and divert young people away from this type of dangerous and irresponsible activity. Where necessary, we will hold parents and guardians to account.

“There are lawful off-roaders who enjoy riding on proper off-road tracks in the area, but there are others who flout the law.

“There are lots of clubs, organisations and locations where people can ride legally and safely and this is what we want to encourage them to do.”

Durham Constabulary also plan to work with social landlords across County Durham and Darlington to help mitigate the problem.

“We are seeking the support of the community to tell us who the offenders are and where they are keeping their bikes and quads. We want them to know that if we get this information, we will act upon it. We can offer confidential reporting through Crimestoppers.”

The Police, Crime and Victims’ Commissioner, Ron Hogg, said: “This is a topic which is frequently raised by the community and I have shared these concerns with the police. I am delighted with the Force’s response to the problem and to see that action is being taken.”

In support of Operation Endurance, police are holding a bike surrender starting today (Thursday) and are offering to collect any unwanted motorbikes or quads from residential properties in the force area.

Insp Curtis added: “People may have motorbikes or quads cluttering up their gardens or sheds, rather than see these being stolen or falling into the hands of people that will happily use them to commit offences or cause a nuisance to others, we’ll collect them free of charge and safely dispose of them”.