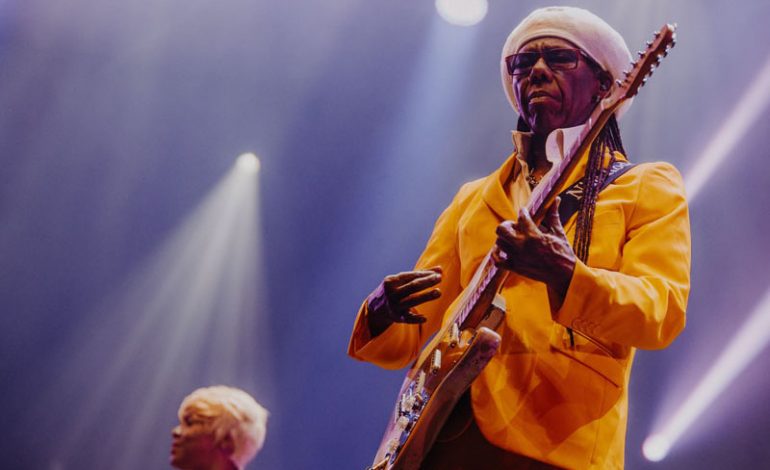 The king of disco, soul and funk and a leading Scottish band are topping a star-studded line-up heading to a County Durham music festival this summer.

Hardwick Festival will return to Hardwick Hall Hotel, Sedgefield this summer, with multi-platinum artistes Nile Rodgers and CHIC headlining the event on Saturday August 22, and Travis taking the top spot the following day.

And, to consolidate its position as the go-to event of the summer, organisers have also booked multi award-winning singer-songwriter Rag ’n’ Bone Man, who will take to the stage on Sunday August 23.

Nile Rodgers and CHIC rose to fame in the late 1970s with a string of hugely successful disco songs, including Le Freak, Good Times and I Want Your Love, with Rodgers going on to become a three-time Grammy award winner and collaborating on albums with stars such as Sister Sledge, David Bowie, Madonna, Diana Ross and Daft Punk.

The Scottish indie-rock band have a rich touring history, headline slots at some of the world’s biggest festivals including Glastonbury, Roskilde, Benicassim, T in the Park, as well as epic performances at Coachella, Summer Sonic Japan, Rock am Ring and Rock im Park Germany and countless sold out tours around the world.

Their most recent UK tour, which included a sold-out show at Newcastle City Hall, saw Travis bring their classic, nine times Platinum, album ‘The Man Who’ to the stage.

One of the successful British albums of the last 20 years, produced by Nigel Godrich (known for his work with Radiohead), ‘The Man Who’ spent an astonishing 11 weeks at Number One in the UK charts & won the BRIT Award for Best Album. Their show will include songs from all eight of their studio albums.

Also performing on Saturday is guitarist Johnny Marr – who will accompany Billie Eilish for the first performance of her Bond theme No Time to Die at the Brit Awards tonight (18 February) – and chart-topping singer-songwriter Rebecca Ferguson.

Joining the line-up on Sunday, along with Travis and Rag’n’Bone Man, is celebrated English band The Charlatans, who sprung to fame in the 1980s and have continued to wow audiences ever since.

Organisers have also announced the return of the dance arena at the Coachhouse Courtyard, where world-famous club brand Glitterbox will host top DJs on Saturday, followed by the hugely popular Sedgefield event, To The Manor Born on Sunday.

Other bands lined up to appear over the weekend include Elvana – who describe themselves as Elvis fronted Nirvana, The K’s, Dennis and indie rock band The Voluntears, along with Twisted Wheel, The Lancashire Hotpots and Nick Pride and the Pimptones.

The event will also see the return of the popular funk and soul DJ line-up, with names to be announced in the near future.

Tickets for this year’s Hardwick Festival are currently on sale at £55 for one day or £99 for both days plus booking fees. Concession tickets are available for children and 13-17-year-olds.

Camping and glamping options are available for those who want to immerse themselves in the festival experience.

For more information or to book tickets, visit www.hardwicklive.co.uk