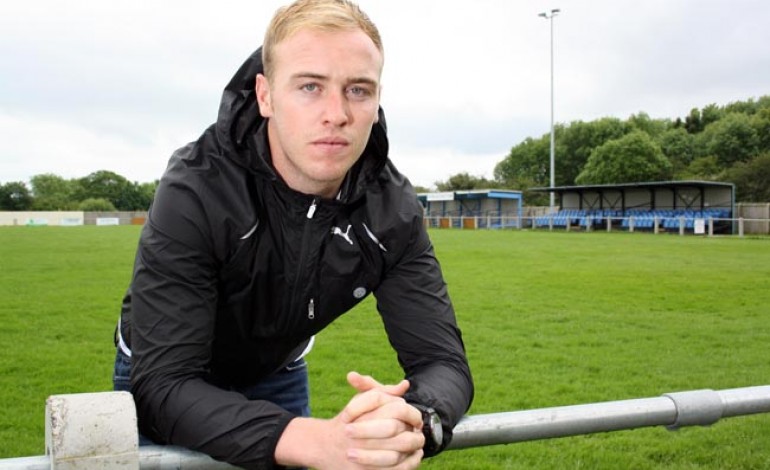 The 24-year-old goalkeeper, a product of Middlesbrough’s Academy, made the switch to Lancashire just before the transfer window closed on Monday evening.

Steele was the first choice stopper on Teesside until Spanish boss Aitor Karanka arrived last November, but since then he has been out of the first-team picture.

Now the former Woodham Academy pupil, and boss of Aycliffe Sunday morning side The Big Club, is looking forward to competing with one of his idols at Ewood Park in a fresh start.

“It was a great opportunity for me. Things haven’t really worked out at Middlesbrough over the last few months for whatever reason. The chance arose to come here and I couldn’t think of a better place to kick-start my career again.

“First and foremost I want to do my best in training, catch the manager’s eye and hopefully get into the team.

“Obviously I’m fully aware that it’s going to be difficult, but my ambition is get in the team and help achieve all of our goals for the season.

“Paul (Robinson) was one of my idols when I was growing up and he’s had a fantastic career.

“It will be brilliant to work with him day-in day-out and that can only benefit me.”

Steele has so far played 141 games for Boro, but had fallen beneath Spaniard Tomas Mejias and Greek ‘keeper Dimi in the pecking order under Karanka.

But Boro have had a mixed start to the 2014-15 season already, despite an encouraging opening day win against Birmingham, with Mejias coming under fire from fans after some questionable displays.

They are currently 16th in the Championship, with Rovers 14th in the table, and it will be interesting to see how things pan out.

Aycliffe Today wishes Steele all the very best of luck and an enjoyable time in Lancashire.