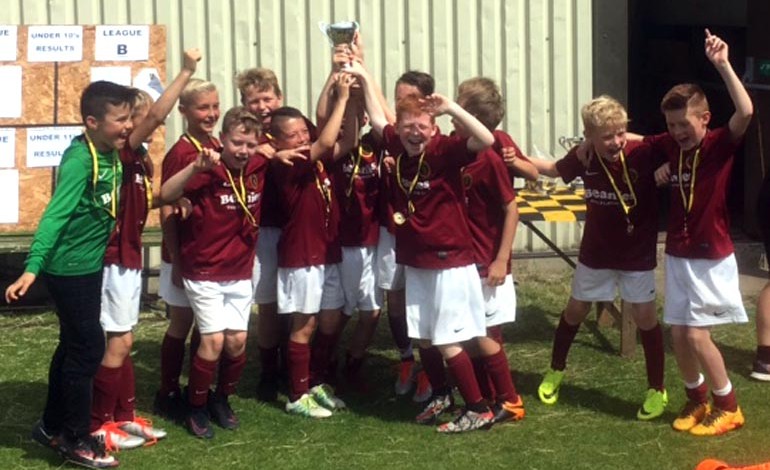 Newton Aycliffe Juniors kick off their new season this weekend and the summer period has brought great success for the teams.

Various sides have been busy with pre-season tournaments and the Under 12’s started off the clubs success with a great win at the Escomb tournament in June.

The Under 15’s have had a great winning run through their friendly games and have added to this with good showings at both the Spraire Lads and Billingham tournaments.

The Under 11 Russell Foster league team have also being on good form with the highlight a runners up spot at the Monkton stadium tournament.

The Under 9’s have also shone and after such strong displays in several tournaments they were invited to play Newcastle United Academy last weekend which was a great experience for all the boys.

The Under 11’s continued their great form and after winning the TJFA Division 1 for the fourth consecutive season have won tournaments at Scarborough then Norton and Stockton.

In the three other tournaments they entered the squad were fantastic in reaching every final and unfortunately only losing out on penalties twice.

As well as the outstanding team success individual players have been attracting the attention of scouts and selectors. Lucas Goddard and Joseph Roberts have undertaken trials with the academy at Sunderland AFC after being involved in their shadow squad for the last year.

Six players were selected for the schools FA district team who started their fixtures in the last week.

Those players are Charlie Dawson, Harry Brumwell, Zack Blythe, Jake Patterson, Jacob Mallinson and Joseph Roberts. A huge congratulations to them all for their achievements.

Newton Aycliffe Juniors are based at Sunnydale Leisure Centre and run teams for players aged four to 23 years.

If you want to get involved get in touch via Facebook, Twitter (@NAJFC1) or e mail [email protected].