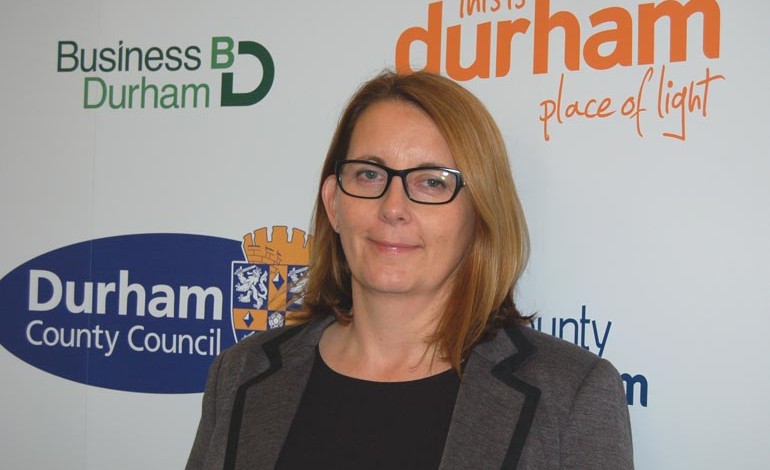 A former occupational therapist has been appointed as Durham County Council’s new corporate director for adult and health services.

Jane Robinson joined the council in 2014 and earlier this year stepped up to become interim head of the authority’s new directorate, which was previously part of adult and children’s services.

Now she has been appointed on a permanent basis, with a remit to oversee public and environmental, consumer protection, health commissioning and social care services for adults, and community safety.

“I’m really proud and delighted to have been appointed as the corporate director for adult and health services at Durham County Council,” said Jane.

“Durham is a great place to live and work and I am looking forward to the challenges of this new and exciting role.”

The council’s chief executive, Terry Collins, said: “I’m delighted to announce the appointment of Jane and we welcome the wealth of experience she will be able to bring to the role.

“We look forward to Jane playing a major part in the council’s future, helping us to deliver the best possible services for our residents.”

Jane Robinson qualified as an occupational therapist in 1991 and during the 1990s worked in Newcastle, with a focus on orthopaedic rehabilitation, community and GP based services.

In 2000 Jane led the development of intermediate care services in Newcastle, and in 2003 she joined Darlington Borough Council as a commissioning manager, leading services for older and disabled people.

Jane completed an executive MBA at Newcastle Business School in 2006 and became assistant director for adults and health in Darlington, then in July 2009 she joined South Tyneside Council as head of adult social care.

In September 2014 Jane was appointed head of commissioning for Durham County Council, taking a leading role in services for adults, children and public health. In July 2016 she became interim head of adult and health services, and was appointed to the post permanently in October.