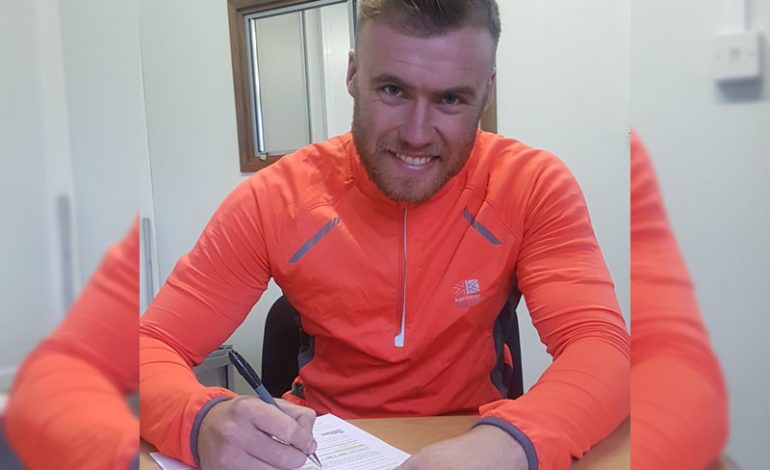 There were some new faces among the players who gathered at Moore Lane last week for the start of Newton Aycliffe’s pre-season training.

Three new signings have been confirmed so far with Shaun Ryder (pictured) making the switch from local rivals Bishop Auckland.

Ryder is a hard-working centre midfielder who regularly contributes to the goal tally.

The new squad’s first preseason friendly will be the visit of Hartlepool United on Tuesday, July 9.

Kick-off at Moore Lane Park is 7.30pm with admission costing just £5 for adults & £3 for concessions.

Season ticket holders get free admission. The club is very much looking forward to the visit of Craig Hignett’s team who finished 17th in the National League last season.

Hopefully there will be a good turn-out on the night to support the team against a club playing four divisions higher in the National League system.