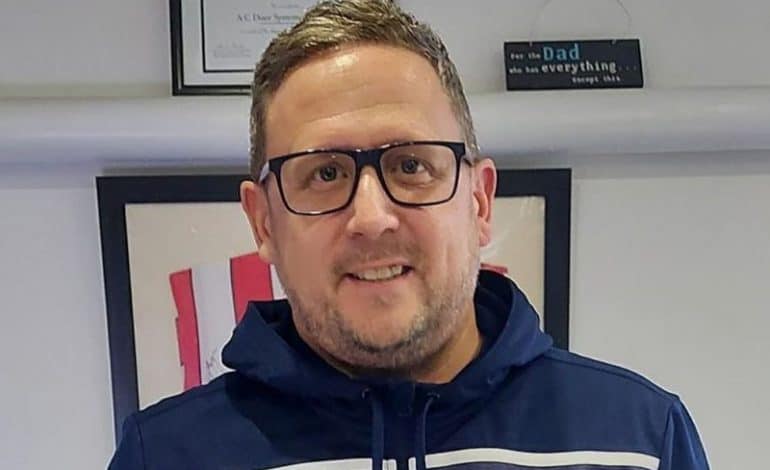 Adam was currently manager of Aycliffe’s Under-18s squad and prior to his appointment as chairman is also the club development officer.

He’s no stranger to grass roots football, having being involved with the club both as a parent, a team manager and in various committee roles for almost thirteen years.

He has managed two of his son’s teams over the years – his eldest son Tom’s from U11s up to U17s and his middle son Charlie’s from U12s to what is now our U18s.

At one stage he was running both teams alongside each other, one on a Sunday morning and the other on a Sunday afternoon!

Adam has also played a big part in bringing the club into the modern era by setting up our Facebook page and coordinating all social media posts.

He has also worked extremely hard for several years to get a girl’s section up and running and did so in 2018 with what is now known as our “Wildcats”.

In addition to running his own team he was the lead coach at the girl’s weekly sessions for the first year to get it off the ground successfully.

“More recently Adam has been striving to improve the link with our senior section following our merger and improve the pathway from grassroots into first team football with NAFC in the Northern League,” added a club statement.

“This has proved very successful already. There is a great future ahead for many of our young talented players, with two of Adam’s U18 players having already recently signed contracts with the senior team.

“Adam has a great vision for the club moving forward and is looking forward to getting to work!”