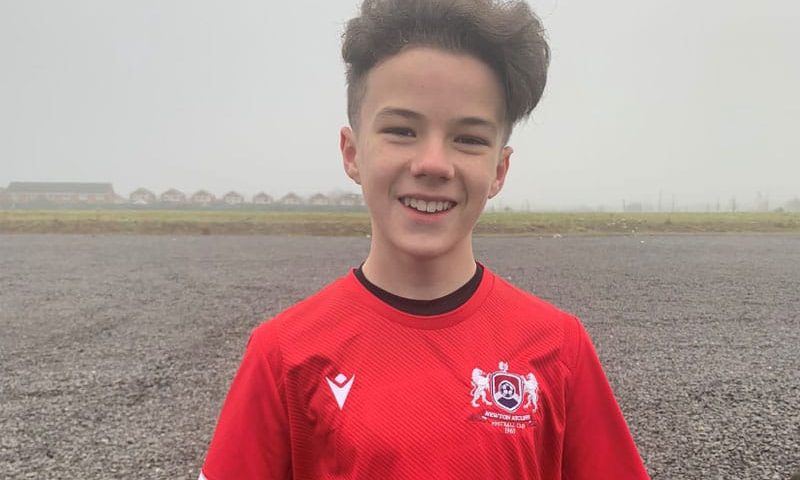 In the last round of fixtures before the Christmas break, we saw seven of our teams involved in action last weekend.

Under 10’s Whites – played against Brandon. In a well matched first half, it was Jensen who kept the opposition out with a great penalty save. Tyler grabbed a goal early in the second half for Aycliffe. MOTM was Jensen for his great saves including the penalty.

Under 10’s Juniors – entertained Guisborough Town Whites at Woodham Academy. It was a close game with both sides creating chances and playing good football, despite the poor weather. Unfortunately, the team could not get the goal they needed. MOTM was Jensen who made a fantastic double save in the second half.

Under 10’s Blacks – played Velocity. In a great first half, Oliver grabbed a hat-trick with three well taken goals. Further goals in the second half come from Benjamin and Lucas in an impressive performance. MOTM was shared between Oliver for his great hat-trick and a true captain’s performance as well as Benjamin who gave his all throughout.

Under 11’s – played away to Darlington Spraire lads. With only nine players available, the lads gave absolutely everything for the team and dominated long sections. In a thrilling game, the goals were scored by Sam 2, Alex, and Evan. MOTM was Sam.

Under 12’s – entertained Hartlepool Reds at home. In a tight first half the lads could not find the goal they needed. Ewan made his debut in the second half, but it was Ethan who eventually got a goal that the team deserved. Another debutant before the end with Odin coming on as substitute. MOTM – James who was outstanding all game.

Under 13’s Blacks – welcomed Seaham to Woodham academy which saw new signing Kenyon make his debut. In what was a hard-fought game the lads overcome their opposition to come away with a 3-2 win. Goals from Danny, Keaton & Alex. MOTM went to Keaton.

Under 13’ Whites – travelled to Thirsk to play top of the division Thirsk. In what was a tough game throughout, the team conceded an early penalty. Still battling throughout, Aycliffe could not find the breakthrough. MOTM Charlie.

Newton Aycliffe Junior Section would like to wish a very merry Christmas and Happy new year to all players, parents, coaches, and volunteers.