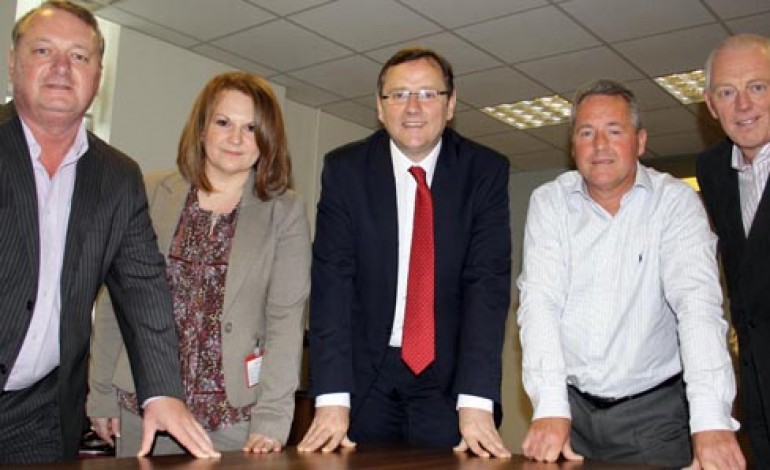 Newton Aycliffe MP Phil Wilson has thrown his weight behind an exciting new apprenticeship enrichment programme involving all the major companies in the town.

The youngsters will then be split into groups during site visits to six different companies, when they’ll get to learn more about their chosen industry, from manufacturing to IT and HR.

Mr Wilson, the Labour MP for Sedgefield who successfully led the campaign to bring Hitachi Rail Europe’s Intercity Express Programme to Aycliffe, said: “I think it’s a fantastic idea and one I wholeheartedly support.

“Apprenticeships used to be the natural step for most people when leaving school, but there seems to be a stigma attached to apprenticeships in the construction and engineering industry – it’s normally associated with oil and grease – and there’s so much more to them than that.

“It’s important for some students to realise their full potential at college and university, but apprenticeships are an excellent career path for a lot of school leavers and can be the platform to a hugely-successful career.”

The Aycliffe Apprenticeship Awareness Programme will launch at Woodham on September 19, with around 150 students split into six tutor groups, and then young people will visit company sites week beginning September 24.