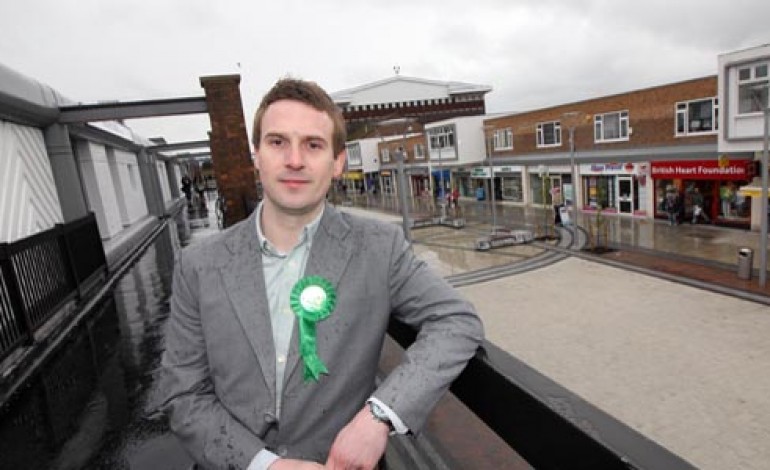 A message from Greg Robinson, the Green Party candidate for the Sedgefield seat in this year’s General Election…

While all the other parties squabble amongst themselves and look to use the election campaign as a point scoring exercise I, as the Green Party candidate, would like to draw people’s attention to the positives that they can expect from me.

If elected as MP for Sedgefield I would, not being bound by a party whip, be able to truly dedicate myself to the needs of constituency and surrounding area. I would look to rejuvenate town centres by building a local network of suppliers and retailers that can compete with the large multi-nationals and meet the needs of the people in terms of choice, secure employment and sustainability.

Over the last five years the Coalition Government have attacked all our public services, including the NHS. I would support the NHS Reinstatement Bill 2015, which is the only piece of legislation that;

• Restores the Duty to Provide by the Secretary of State
• Renationalises the NHS
• Attempts to tackle PFI debt
• Safeguards the NHS from TTIP and
• Enables people to be prioritised above profit.

I’d also fight for improved mental health services and social care in the community as well as supporting the strengthening of other public services to meet our diverse needs and create good secure employment, the renationalisation of the rail network and investment in a sustainable transport system.

Fossil fuels are a finite resource and with investment in renewable energy sources such as solar, tidal and wind along with research we can bring high skilled, secure, well paid jobs to the area.

I would fight to ensure that no Sedgefield resident need worry about their heating bills, their child’s education, access to a GP, medical or any other frontline service or have issues of trust in their MP. If elected by you I would be accountable to you.

I will fully oppose the current austerity agenda that is unfairly targeting the most vulnerable in society to pay for the reckless dealings of the financial sector. An experiment that has seen unprecedented rises in foodbank usage, homelessness, people living in poverty and real term declines in take home pay whilst simultaneously creating 13 new Billionaires in the last year alone and a doubling of the combined wealth of the top 1000 individuals since 2005.

I want Sedgefield to be proud of its surroundings and its MP, something I am confident I can deliver. If these are things you believe in, I urge you to vote based on those beliefs, vote Green Party, vote Greg Robinson on May 7th.